Renowned flamenco dancer, from the Amaya dynasty. In spite of his youth, he has already obtained worldwide artistic recognition. He has travelled the world with his dance and he is currently preparing a new solo project. 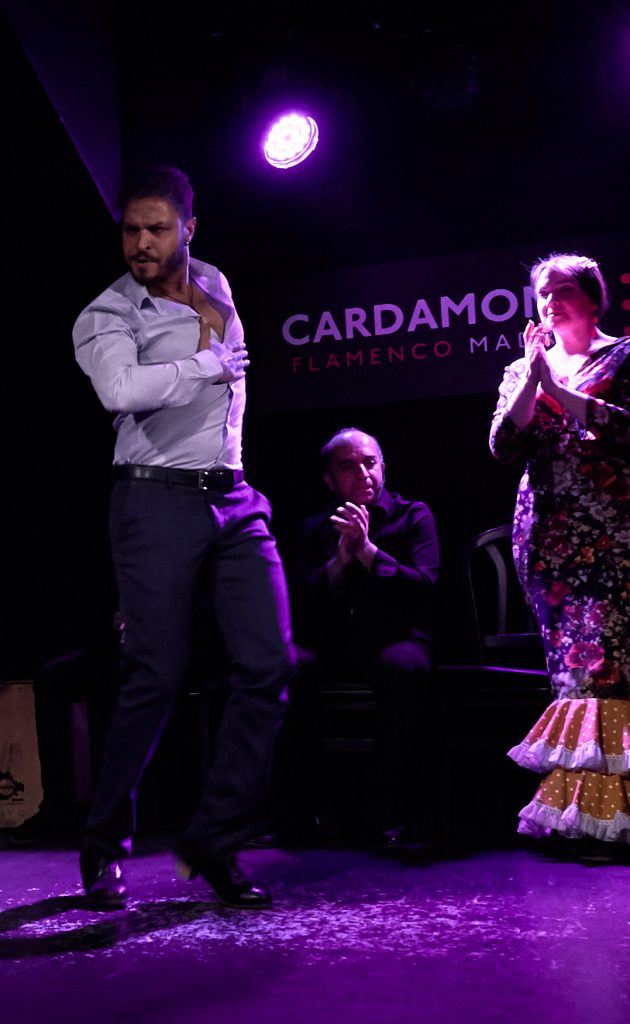 He grew up in Seville, his interest in music is very present and develops daily because his family is made up of great musicians and experts in flamenco art such as Mari Vizarraga, Arturo de Quilate, El Bobotes, and La Tana, among others.

He begins his professional career with Mercedes Amaya, known in the flamenco world as Winy Amaya, Carmen Amaya’s niece. Together with her, he takes his first dance steps and soaks into the gypsy dance tradition. Later on, he continued his artistic training at the prestigious Amor de Dios. flamenco school in Madrid, receiving classes from the best masters of the moment, such as Cristobal Reyes, Manuel Reyes, Alfonso Losa and José Maya, among others.

His experience in tablaos makes him strengthen his career as a bailaor. Soon they offer him to perform his own show “Mi sentir”. This project obtains an enormous acceptance on the part of the public and gives him the opportunity to make a tour by different cities of Mexico.

In the company Ballet Flamenco de Madrid he performs as principal soloist with the work of “Carmen”, this opera is shown in an extensive tour in China.

He has taught flamenco all over the world, through countries such as Germany, Morocco, France and Turkey, among others.

Mariano starred the Champion announcement in 2019.

He is currently preparing a new show that he will perform on his own, which is promising according to experts in flamenco art. He combines rehearsals and stagings with performances in Cardamomo and other specific shows.