DISSEMINATING THE ART OF FLAMENCO

The Cardamomo Foundation was created to encourage knowledge of the art of Flamenco among audiences of all ages and conditions. It is a meeting point for knowledge and experience, where young budding artists and children who wish to become artists in the future are able to showcase their talent, encouraging them to continue with their artistic training.
With the aim of fostering a love of Flamenco among the youngest, in October 2013 the Foundation began the project ‘El Flamenco también es Cosa de Niños’ [“Flamenco is also for kids”] whose main objective is to introduce this UNESCO recognised “Intangible Cultural Heritage” to schools.

We bring Flamenco to audiences of all ages

The 4 shows which comprise the programme ‘El Flamenco también es Cosa de Niños’ seek to foster the art of Flamenco performed by artists aged 2 to 16 years, along with adults.
In order to assist in the teaching of theoretical and practical concepts and to minimise “stage fright” among participants, the programme has been designed to be developed in casual and friendly atmosphere. All participants share and learn; the performers and non-performers; the 2 year old toddler and the 90 year old grandfather.
This enables another of the objectives of the Cardamomo Foundation to be achieved: to show how the Art of Flamenco is passed on from parents to children and evolves from generation to generation.
The first edition of ‘El Flamenco también es Cosa de Niños’ brought together up to 3 generations of several Flamenco families. Artists of international renown such as Raimundo Amador, who presented his cantaora granddaughter aged 8; Tomatito, who shared the stage with his 8 year old grandson, a Flamenco dancer; Miguel Rubio, who presented his grandson Miguel de los Rubio, a 10 year old guitar player; Pepito Montoyita performed with his granddaugher La Montilla, a 2 year old bailaora and cantaora; Agustín Carbonell ‘El Bola’ played with two of his grandchildren aged 2 and 5, both percussionists; Rafita de Madrid took part with his children aged 5, 7 and 13, the first two cantaores and the eldest a percussionist; and Aurora Losada with her daughter Chenoa, a 12 year old cantaora.
The project also boasted the participation of masters of Flamenco such as Diego el Cigala, El Negri, Carlos Quirós, El Morito, El Monty, Antonio Ingueta, Isaac de los Reyes, Nino de los Reyes, Kelian Jiménez, Quilino Jiménez and El Entri, among others. 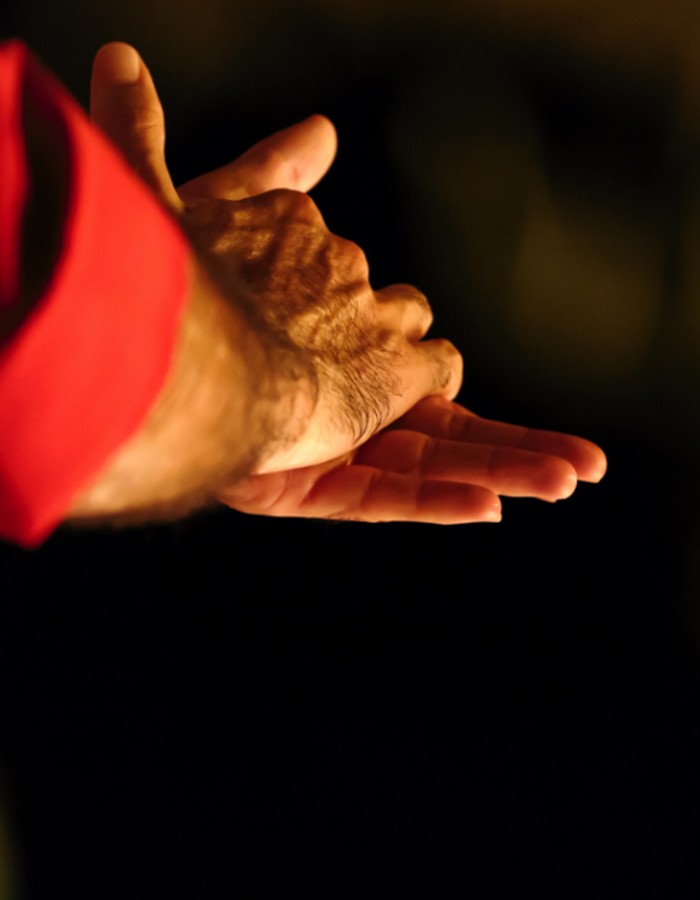