Percussionist from Madrid, born into a family of artists, his uncles Luki Losada and Antonio Losada, also percussionists, were his teachers from an early age. 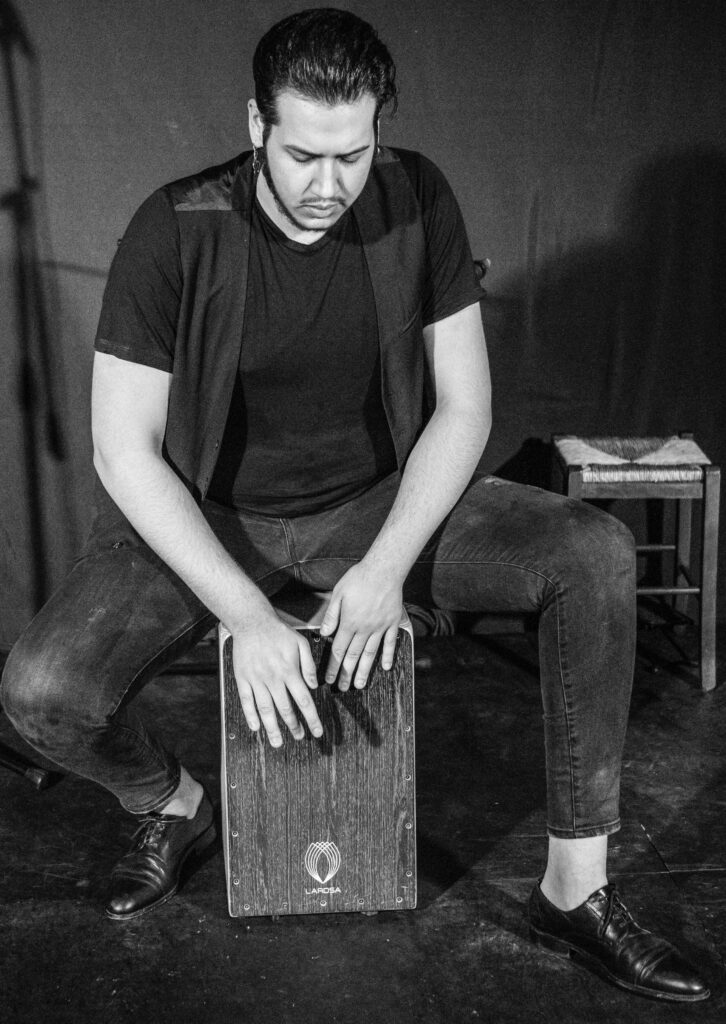 Iván Losada Junior was born in Madrid and began to immerse himself in flamenco percussion with his family at the age of 13. His first tour was in Italy with his grandfather Tito Losada, at the age of 14. At the same age, Ivan continued his career as an artist in different tablaos in Spain. He has participated in the play “Misa Flamenca: Los gitanos cantan a Dios” directed by his grandfather Tito Losada and many other artists. Work that was presented in several cities in Spain and the world as Monterrey, Santiago, Lima, Quito, Bogota, Tokyo, New York and Rabat among others.

This show is the only flamenco mass in the world where a symphony and a classical choir from each country that is visited by the company of maestro Tito Losada, incorporating the most traditional flamenco palos.

Iván junior has also been part of the shows of his father, the guitarist Iván Losada, “La Tarara Sí”, “Bailaoras” and has collaborated with Antonio Canales throughout his career. He has toured all the theaters in Madrid, and then took his music from Andalusia to Milan.