Felipe Maya, from Madrid, was born into a family of guitarists (Jerónimo Maya and Felipe Maya), where the artistic influence was already established. As a child he liked the sounds generated by the blows and felt that his path was percussion. 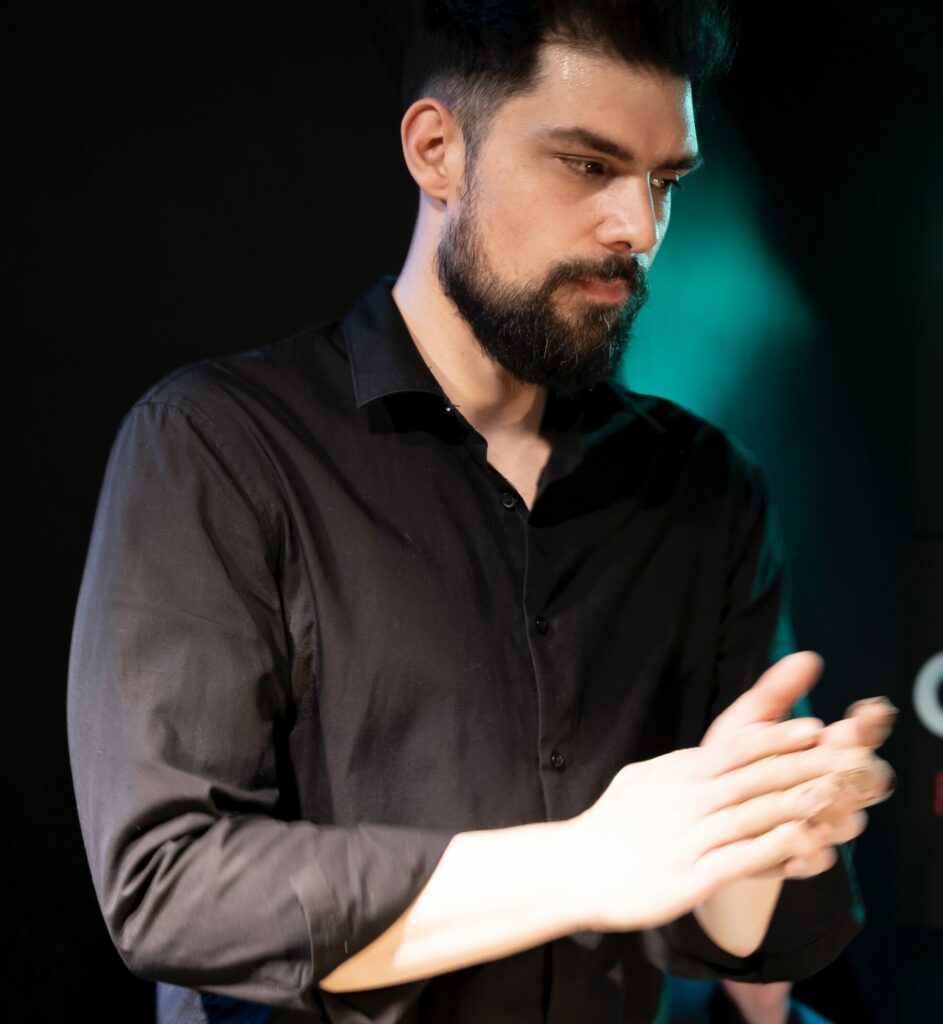 When David Jiménez and Laura Abadía met him for the first time, they saw something in Felipe that he didn’t know he had, his innate talent for playing. At the age of 15, Laura used to play in his ear so that he could learn to keep the rhythm. Later, Felipe joined the company of the dancer Curro de Candela and together they were part of “Afrogitano”, a piece that speaks of universal human emotions and dialogues through dance without ever losing the strength and elegance of flamenco. Today, Felipe sings in Cardamomo with the best artists, and he stresses that sharing the stage with “Farruquito” and “Joselillo Romero” is like an impressive feeling that cannot be explained in words. For the percussionist it is very important to be in peace with yourself and to ensure that his music generates a great connection with the rest of the artists and the audience present.