Winner of the "Desplante" award at the Festival del Cante de las Minas, she continues to give away her art in tablaos and theaters, sharing the bill with great names of today's flamenco. 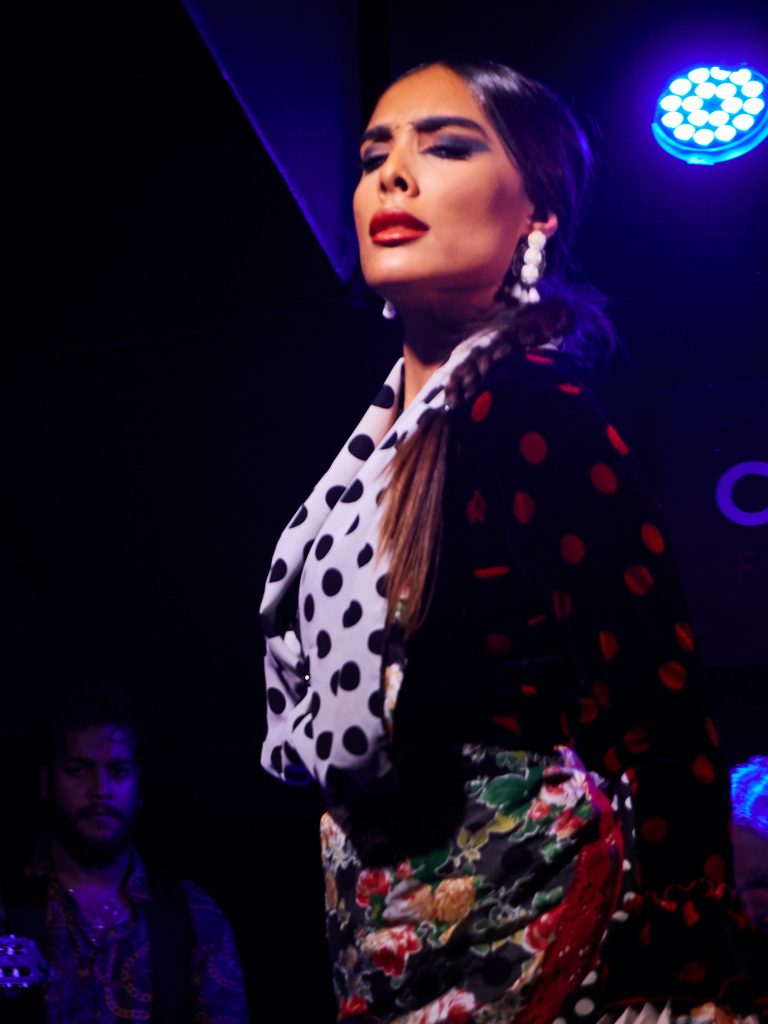 Alba was born in Granada in the heart of a family devoted to flamenco, the Maya, more specifically in the zambra of the Cueva de La Rocio. It is in this environment of Sacromonte where she begins to forge her flamenco character that put her to dance almost without knowing how to walk. Niece of great flamenco names such as Manolete, Mario Maya and Juan Maya Marote, she was baptized by the Duchess of Alba who is also her godmother.

In a tribute to her uncle Juan Maya, she debuted alongside artists such as Niña Pastori, José Mercé and Manolete, among others, at only 4 years old. After the general astonishment of the audience after her performance, she began to dedicate her life to flamenco dancing, and began to study with teachers such as Juan Andrés Maya, Belén Maya, Iván Vargas, etc.

She began to perform in the most famous corrales of Granada, as well as in the Peña de la Platería and in her aunt’s Zambra, where she continued her apprenticeship. In 2005 he performed with Enrique Morente in the VI Festival de Otoño de Granada and continued to perform in festivals with Curro Albayzín, Juan Andrés Maya and many others. In 2008 he won the first prize in the VEO VEO of autonomous communities of Andalusia. With his uncle Juan Andrés Maya keeps a very special relationship, participating in many of his works over time.

She then begins to teach master classes at the International Flamenco School of Granada, to perform at international flamenco festivals traveling around the world, wins the Desplante award at the Festival del Cante de las Minas and continues to give her art to tablaos and theaters, sharing the bill with big names in flamenco today.

With her dance she channels her emotions and manages to be herself, in a pure and unpretentious way. Many call her the future of flamenco dance, and it is always a spectacle to see her in action.