Among his collaborations are works with flamenco masters such as Camarón de la Isla, José Mercé, Tomatito, Duquende, Diego el Cigala, Niña Pastori and many more. 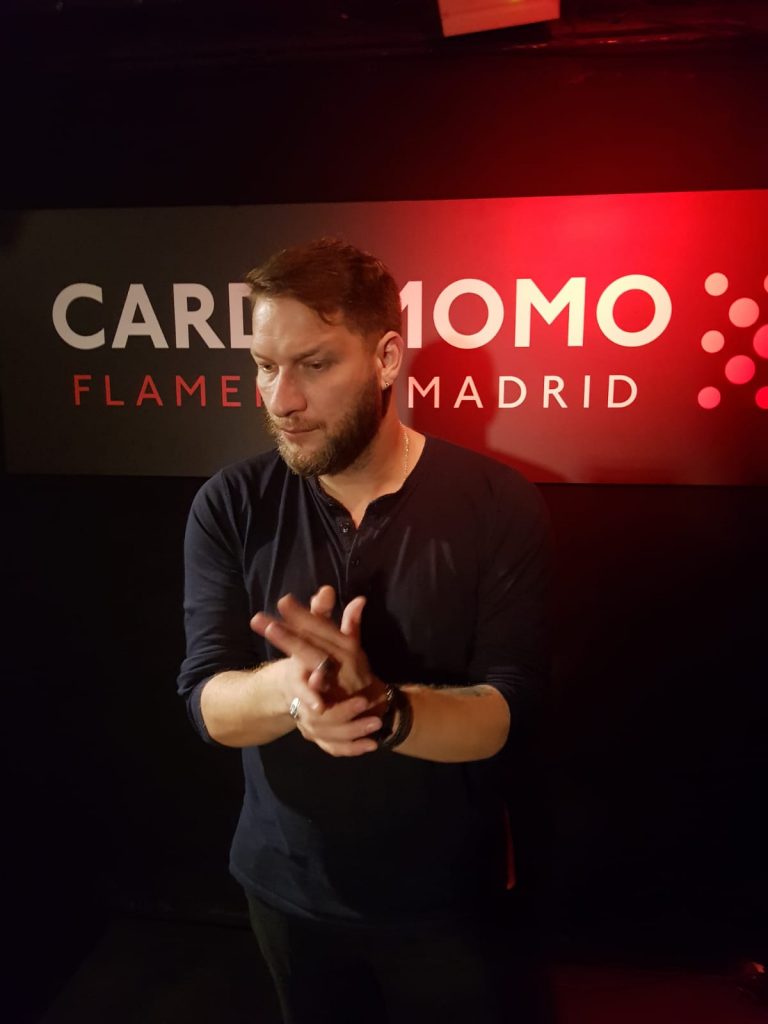 Son of Adolfo “El Segoviano” with whom he began to accompany in his performances when he was only 5 years old, Saúl Quirós has had an innate talent for singing since he was born. He debuted as a backing vocalist for Joan Manuel Serrat at the age of 9 and since then has worked with some of the biggest names in flamenco.

Included in his repertoire of works are contributions in the flamenco companies of Merche Esmeralda, Cristóbal Reyes, Manolete and Güito. After participating in the Flamenco Summit of 1999, he joined the company of Sara Baras, with whom he composed lyrics for works such as “Sueños”, “Sabores”, “Juana la Loca” and “Carmen”.

He has also actively participated as a singer in the companies of the dancers Joaquín Cortés and Antonio Canales, performing both nationally and internationally. In addition, he achieved great notoriety after the premiere of the film “Ismael”, starring Belén Rueda and Mario Casas, giving voice to the main song of the soundtrack, “Te Extraño”.

Among his collaborations are works with flamenco masters such as Camarón de la Isla, José Mercé, Tomatito, Duquende, Diego el Cigala, Niña Pastori and many more. Among his international performances are world-renowned theaters such as:

He has collaborated with the producer Javier Limón and in Tomatito’s album “Soy Flamenco”, produced by Paco de Lucía himself. He is currently immersed in his new project, his first album to be released on September 28 with the collaboration of Miguel Poveda and under the umbrella of Universal Music. An opportunity to see him surrounded by the magical atmosphere that surrounds Cardamomo that can not be missed.