Remedios is one of the great female voices of flamenco, she defines herself as a singer of inspiration. Maestro Camarón de la Isla is her greatest musical influence and one of her main pillars, for which she is known as "La Camarona de Triana". 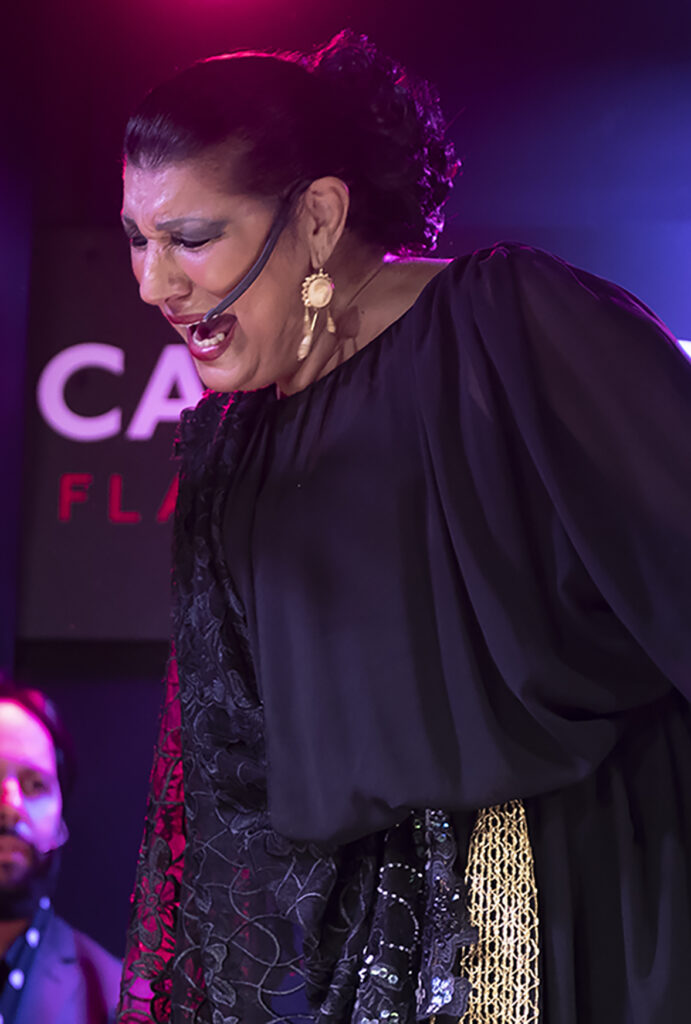 Her original name is María Dolores Amaya Vega. Born in the Sevillian neighborhood of Triana, belonging to a gypsy family of flamenco artists from Extremadura, her uncle is the singer Alejandro Vega. As a child she began singing in the tablao “Los Gallos” in Seville. In 1978, she released her first album “Remedios Amaya”, where she included several poems by José Miguel Flores combined with the music of Gualberto García. Other recordings include Luna Nueva, Seda mi piel, Turai Turai in 1997 with which she sold 150,000 copies, Me voy contigo, Soy Gitana or Sonsonete in 2002. In 2004 he published the compilation Grandes Éxitos. In 2014 he released a new album produced by Alejandro Sanz.

She was the first gypsy woman to participate in the Eurovision Song Contest in 1983 (Germany). She had planned to sing in a dress but the festival did not allow her to do so because it was so similar to the stage decoration. Remedios decided to go out to sing with another dress that she had used for her videoclip but she had no shoes and decided to go out barefoot to sing. Although she came last in the ranking, her groundbreaking performance was noticed by everyone.