Winner of the Premio Desplante Femenino del Festival Internacional de Cante de Las Minas Edición 59 de La Unión 2019. She stands out for her virtuoso taconeo, and her mastery of all the palos of flamenco art. 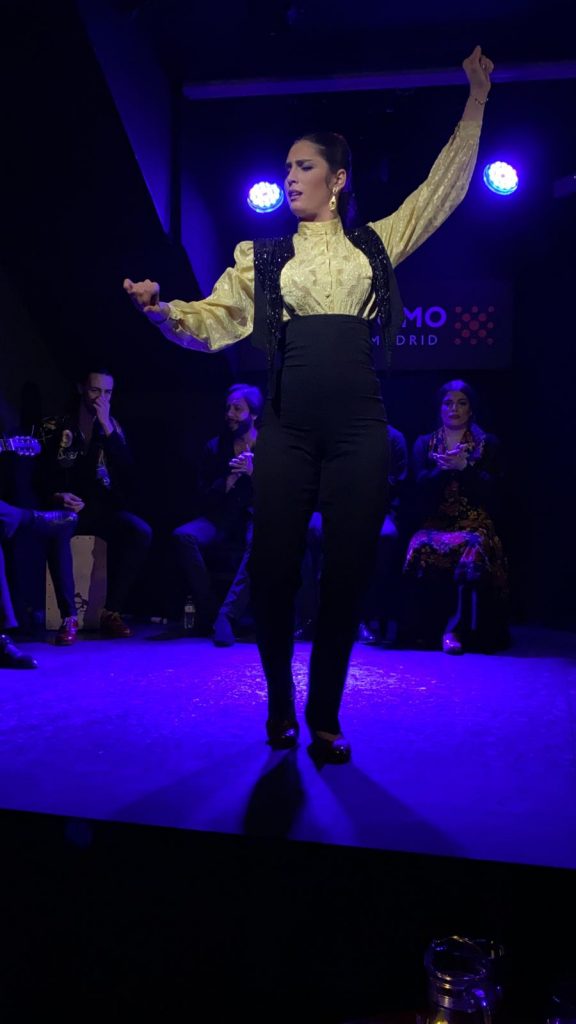 Despite her youth, this dancer has a wide experience in the flamenco universe.

The dancer of Catalan origin, began her training at the age of 5 years in the prestigious school of Tani. She graduated in Spanish Dance at the Professional Conservatory of Barcelona, Institut del Teatre in 2009.

In addition to being one of the most recognized dancers of today, she is also a choreographer.

Despite his youth, his career accumulates many successes, taking his art to places like Argentina, Colombia, Santo Domingo, China, Japan, Russia.

He participated in the film “Flamenco” by Carlos Saura.

He has shared the stage with Lola Greco, Alejandro Granados, Amador Rojas, Carmelilla Montoya in the festival of Gorbió (France) in 2013.

He has participated, at the Círculo de Bellas Artes in Madrid with Rafael Amargo (2013); in the show “Opera y flamenco” at the Poliorama theater and Palau de la Música in Barcelona (2013-14); at the Teatro Real (Madrid) with Ara Malikian in November 2014; in the gardens of the Generalife in the Granada and Lorca festival as first dancer with the show “Poeta en Nueva York” by Rafael Amargo (2015); in the company of Antonio Canales (2015); in the AARUS Jazz festival together with Perico Sambeat and the Danish Jazz Orchestra (2016 and 2017).