Juan Fernández Montoya, better known artistically as "Barullo", gypsy dancer with more than 20 years of experience, displaying all his elegance, charisma and strength in his flamenco dancing. Unmissable live, the intensity and racket generated by the movements and the zapateado of this great dancer. 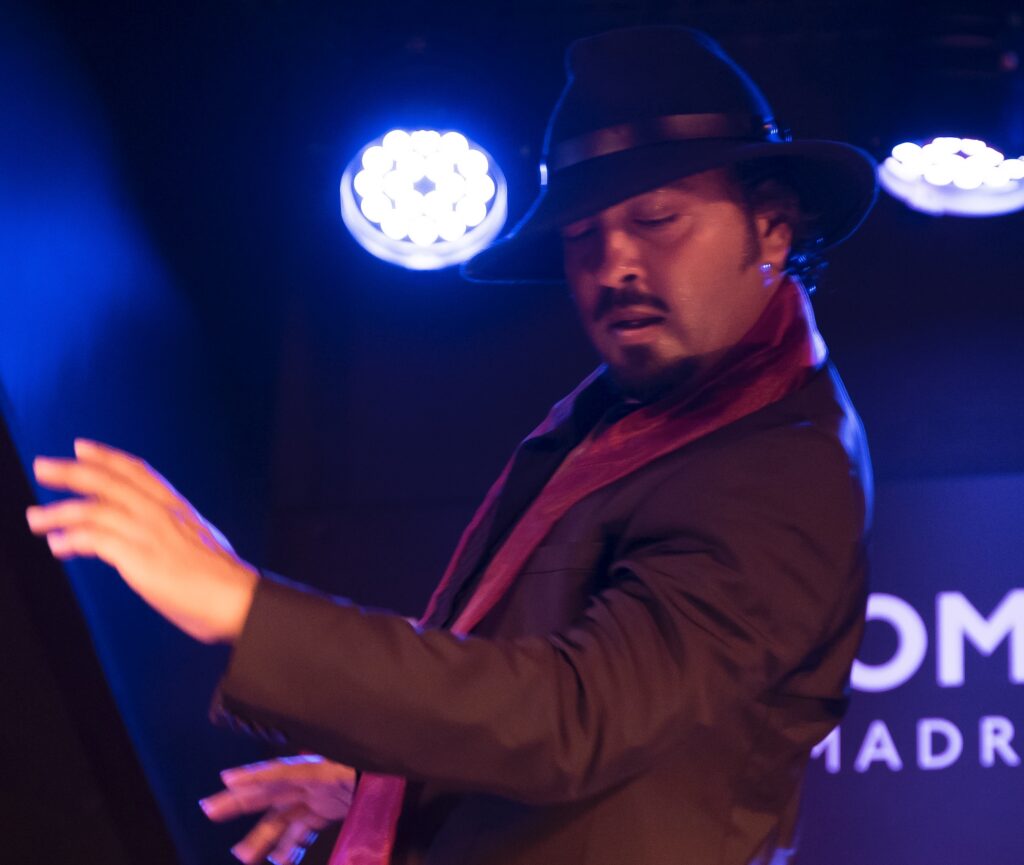 Gypsy dancer, born in Seville in 1990, debuted at age 5 with his grandfather “Farruco”, being also son of “La Faraona” and first cousin of the master “Farruquito”.  Together with Farruquito, he has participated in shows since he was eleven years old, such as “Raíces Flamencas”, “Alma Vieja”, “Farruquito y Familia” and many more.  With these works he toured several parts of the world such as the Royal Albert Hall in London, Conde Duque in Madrid, Teatro Poliorama in Barcelona, tour of France, Town Hall in New York, tour of the United States and Europe, Teatro Calderón in Madrid among others. His nickname was created by his grandfather, “Farruco”, in allusion to the fact that every time he danced he had to generate a racket. Of pure gypsy blood, family and traditions are paramount for this dancer. Among the artists he most admires are El primo “Farruquito”, Pepe Torres, Jairo Barrull, José Maya, Gema Moneo, Alfonso Losa and many more.

Barullo tells us how flamenco for him is a way of life, which he looks at from a conservative but not purist side. You can do anything, but always respecting the flamenco of its origins, honoring the root from which it comes.