Miguel Fernández Rivas, better known as "El Yiyo", began his career at the age of seven and since then has developed his talent with great artistic expression, charisma and magnetism on stage. 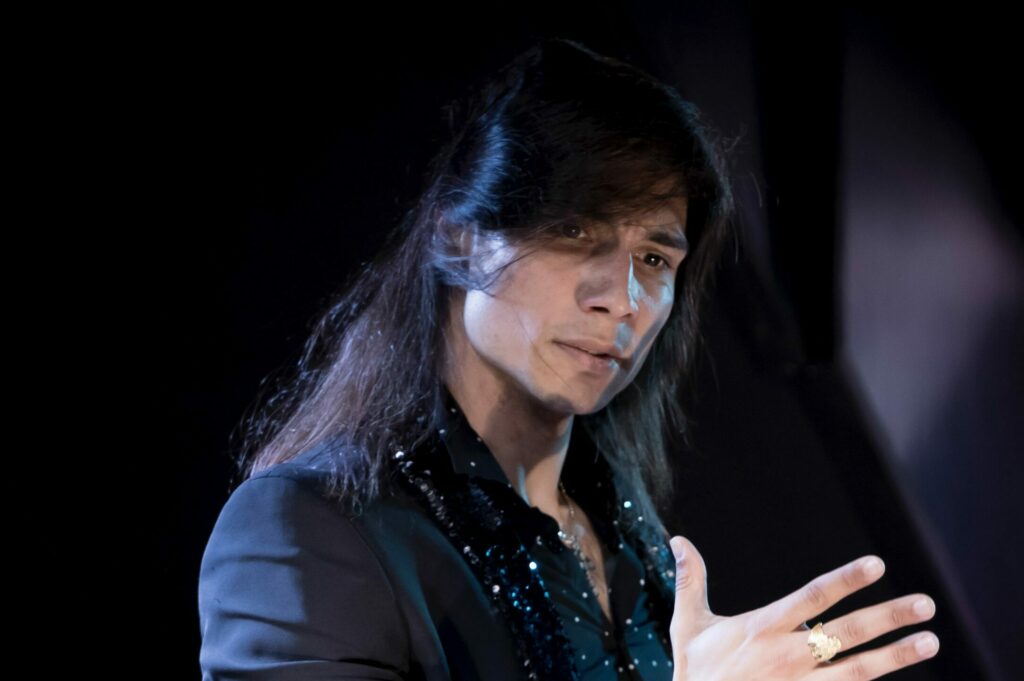 Born in Barcelona in 1996, as a child he used to wear his father’s jackets and boots to play at being a dancer in his grandfather’s house. What started as a game, ended up in a talented reality and at the age of seven, “El Yiyo” made his first tour in Taiwan as headliner of the show “Flamenco puro” for 1500 people. Being a very new experience, being so far away from his homeland and at that age, when he heard an “Olé” coming from the audience, he felt he was in his living room playing at being a dancer. The naturalness of dancing at the age of seven as he does now at twenty-five, he lives it in the same way but with the responsibility that comes with adulthood.

At the age of seven, the great master “Farruquito”, discovered the little dancer and proposed him to do a one month tour in Seville. His father finally could not let him go, there was no one of legal age available to accompany him, so “Farruquito” insisted on paying the whole family for the tour, but the experience for the little boy was not to be. “El yiyo” remembers it as an immense pride of someone he admires very much, with great detail that he had towards him and all his family.

This new flamenco star has shared the stage with such important figures as Eduardo Serrano “El Güito”, someone he admires and who fills him completely. Together with “C. Tangana” he made the video clip “Pa que brille” mixing two different styles, being able to enjoy working with one of the greatest modern artists in Spain.