The dancer from Cadiz will be on our stage from 28 to 4 April.

Macarena Ramírez trained at the Maribel Gallardo conservatory in Cádiz and has continued her training in the performing arts. Since she was a child she has stood out as an artist and dancer, becoming one of the dancers in Antonio el Pipa’s company in 2002, in which she took part in “Puertas adentro”, “Danza Cali” and “De tablao”. She also played Lola Flores as a child in the film “Lola, la película”.

She has recently started her career as a choreographer, creating her own flamenco company and presenting her first two shows: “8 letras, 8 palos” and “Recuerdos”. In the latter, the artist puts herself in the shoes of a former retired bailaora, who remembers her youth as a bailaora and artist, a life she had to give up to devote herself to her family. On the other hand, her artistic career goes beyond the screen when in 2021 she is declared the winner of the TVE television programme “The Dancer”.

An artist from head to toe, don’t miss her show! 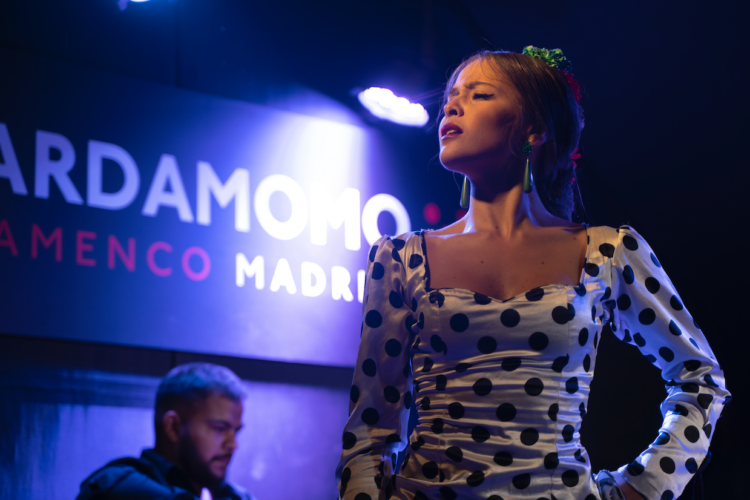