Karime Amaya will be in Cardamomo from 21 March

The bailaora returns to our stage

Niece of the unforgettable Carmen Amaya, for many the greatest bailaora in the history of flamenco, she was born surrounded by flamenco artists. Her father, her aunts, her grandparents? Anyone who knows a little about flamenco knows Karime Amaya, she is a reference for female dance today.

She won the revelation award at the Festival de Jerez and starred in the documentary Bajarí, nominated for the best documentary at the Gaudí and Goya awards, she is one of the most respected figures in and outside the world of flamenco.

Don’t miss the most acclaimed show of the moment.

Get your tickets now! 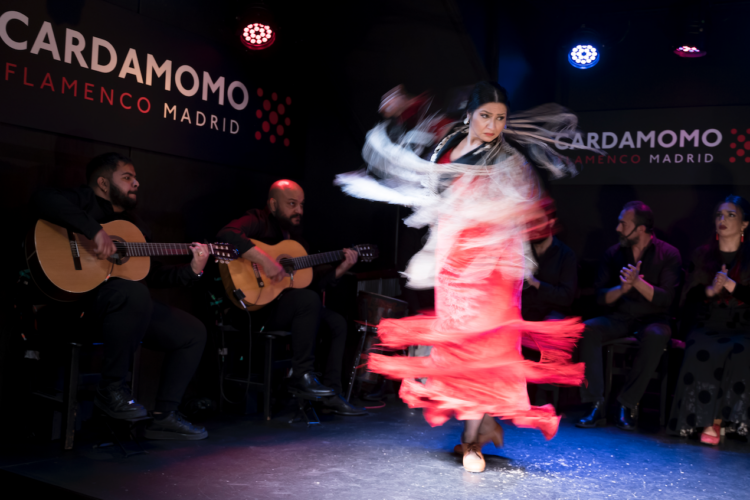