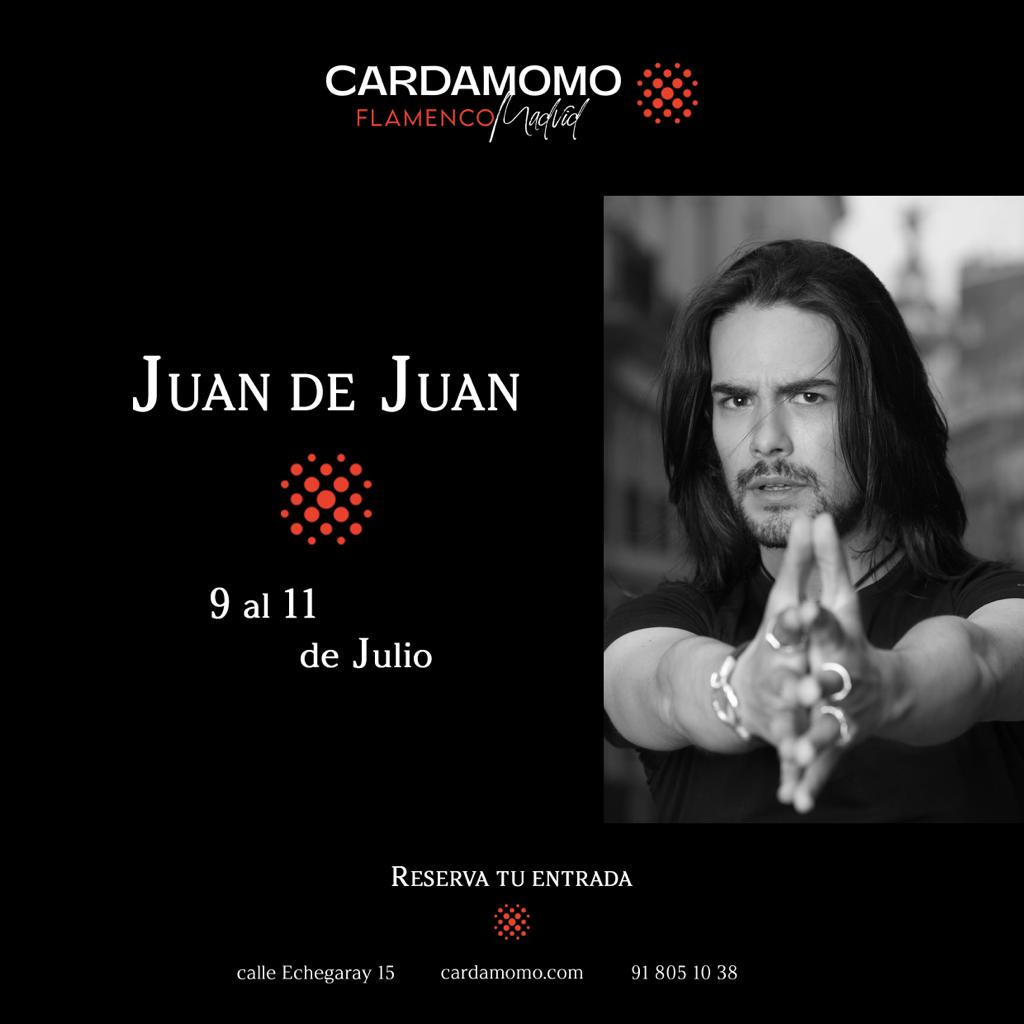 From July 9 to 11 we have with us the great bailaor Juan de Juan.

Juan Carlos Ramírez Castillo, better known in the artistic world as Juan de Juan. Born in Seville in 1979, he had already written his path to success from his cradle. Wrapped up by his family, he has had flamenco present in his life day and night. It was in Morón de la Frontera where he began his fruitful career, when he was only 7 years old.

He entered the Royal Conservatory of Seville, where he acquired a classic and impeccable technique, combining his classes with great teachers such as: Juan Ramírez, Juana Amaya, Manolete, Ciro and Antonio Canales.

Sponsored by Antonio Canales, with only 16 years he was already interpreting great works of that company, such as: Torero, Raíz, El romancero gitano, Bernarda, among others.

His professionalism, authenticity and talent were key to being successful among his peers, and of course, the recognition of the public, which led him to debut in 2001 as a solo dancer in the show “Pueblos” at the Teatro Príncipe in Madrid. In 2004 he created his His own company, with absolute success, and he was invited to dance at the great City Center Theater in New York.

Relentless, he continues to create endearing choreographies and shows for the history of flamenco, such as “Al Sur” which has had its premiere at the Seville Flamenco Biennial. He has danced in the largest and most important theaters and festivals in Spain and the world.

He made countless collaborations on record labels and on television shows. Without a doubt, he is a bailaor who exudes talent, personality and art, when he takes the stage he immediately captivates the public. He has an impressive command of the compass. Without a doubt, he is a dancer with a unique path, and yes, he is among the greats of this last decade of Flamenco.

It is a pleasure to have you as a guest at Cardamomo on the second weekend of July. You cannot lose it.