Salomé has been living in flamenco environments since she was a child. Taking experience on stage from such an early age has made her a unique flamenco dancer. Able to innovate and improvise in all forms of flamenco dance. 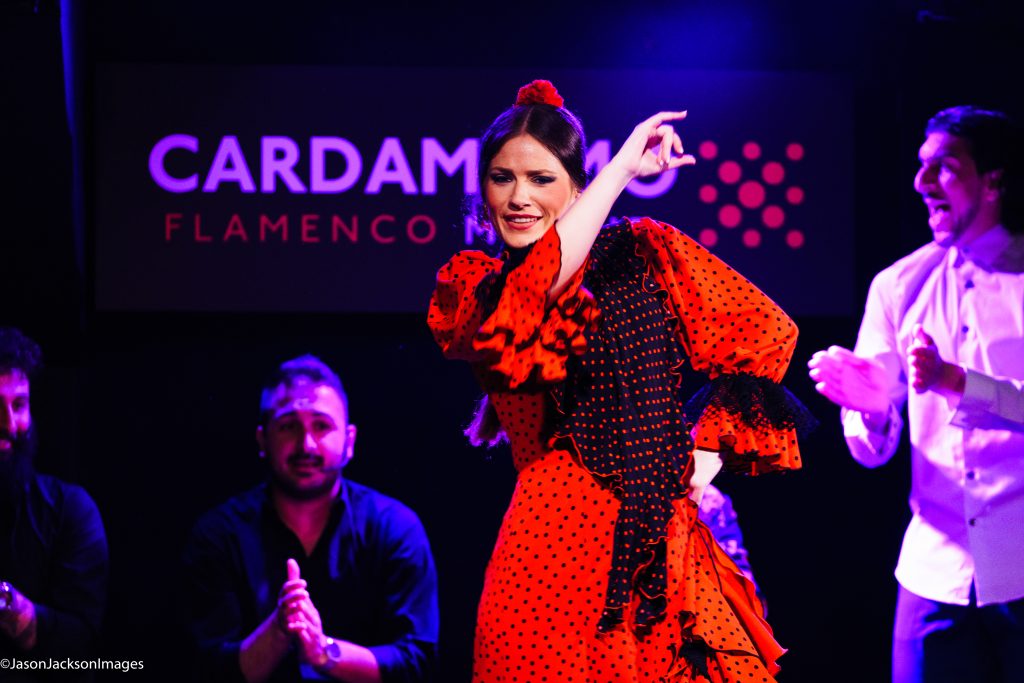 Salomé Ramírez was born in Jerez de la Frontera in 1990. She began to dance with Rafael Muñoz when she was 4 years old, forming part of the group of young promises of the flamenco Huella Jerezana (1994-1998).

At the age of 8, she continued her training at the academy of Manuela Carpio and Chiqui de Jerez. She complemented this training with classes given by great flamenco masters such as Farruquito, Antonio Canales, Alfonso Losa, Marco Flores and Manuel Liñán.

In 2002, still being a little girl, she began to work in the tablao El Lagar of Tío Parrilla. From this moment on, Salomé began to dance in different flamenco places in Jerez such as La Taberna Flamenca, Tablao del Bereber or the tablao Puro Arte.

In 2007 she participated in the Flamenco Fridays in Jerez de la Frontera. She returned in 2014.

In 2010 he was part of Farruquito’s company with the show “Sonerías”.

Since 2012 she has been part of the usual flamenco group of the Tablao del Carmen in Barcelona. She has also performed in flamenco tablaos in Seville such as El Museo del Flamenco de Cristina Hoyos, El Arenal or Los Gallos.

In 2014 she made her first tour of Japan, and continues to do so every year until the present day, performing and giving classes in different cities such as Tokyo, Osaka, Sendai and Nagoya.

In 2015 she participates in The Lyon Flamenco Festival with the show “De Lebrija a Jerez” together with the cantaora Anabel Valencia.

In 2016 she won the second prize in the Flamenco Dance Contest of the Tablao Las Carboneras in Madrid.

In 2017 she attends the World Music Festival in Copenhagen, Denmark.

In 2018 she joined the Compañía Cía, under the direction of Eduardo Guerrero. They travel through much of the United States on a tour in which they perform the show “Gaditana”.

She currently resides in Madrid as part of prestigious tablaos as Cardamomo.