At the age of 16 years old, he got into the caravan of the famous Lola Flores, with whom he began a long relationship both as a friend and as a professional. He has traveled all over the world performing on the main stages for the most demanding audiences. We can also find him in cameos in films by Pedro Almodóvar or with Mónica Cruz in the series Velvet Colección. 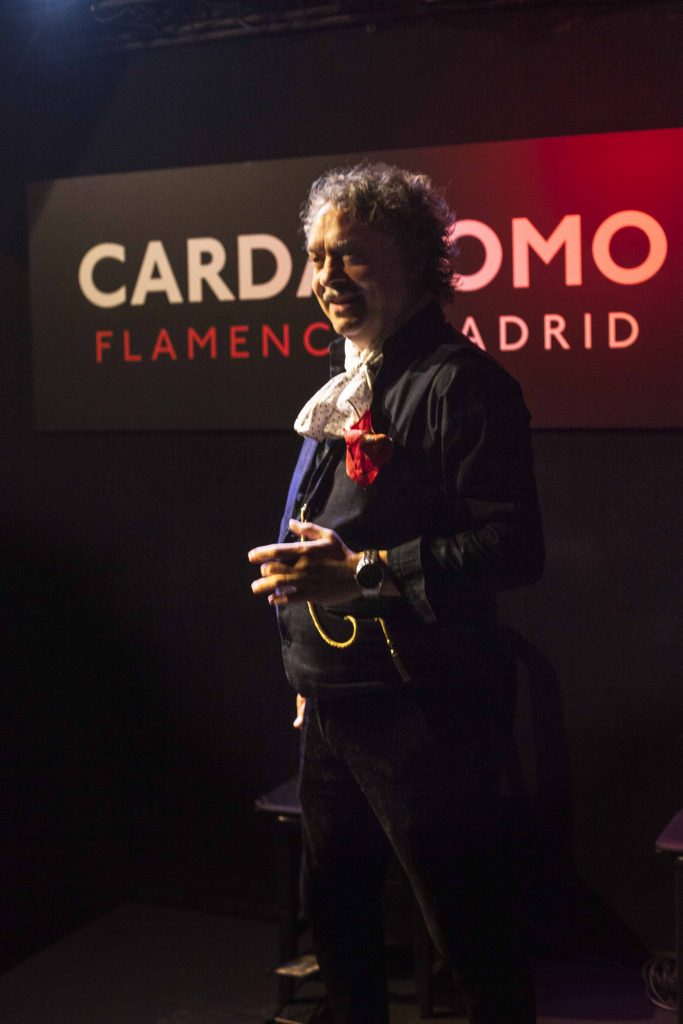 An emblematic artist in the history of flamenco, a well-known face in all the tablaos and stages of the world. Perrete is flamenco in essence, those who have seen him perform know perfectly well what we are talking about.

From a very young age he felt a great attraction for percussion and it was from this aspect that he got into flamenco. At the age of 16, he joined the caravan of the famous Lola Flores, with whom he began a long relationship both as a friend and as a professional.

With only 19 years old, he performed with Lola Flores at Madison Square Garden in New York, closing the first two shows with an attendance of 10,000 people in each one, and where among the attendees were great figures of world music such as Dean Martin, Frank Sinatra, Celia Cruz, Raphael and Julio Iglesias among others.

His percussion skills were such that in 1979 he began to use the flamenco cajón which, prior to its popularization and normalization as a flamenco instrument, was an unusual instrument at the time and some even considered it as mere makeup for bad singing, being one of the first to bet on this sound along with Rubem Dantas, the percussionist who accompanied Paco de Lucía.

As an accompanist of La Faraona in the Spanish song and rumba, he began to take the step to the cante, touring around the world showing his talents in percussion and singing.

Perrete is not a musician of contests, rather his greatness can be measured in the quality of the artists he has worked with, where we find great masters such as Pescadilla, Peret, Juan Andrés Maya, Canales, La Polaca, Bambino, Enrique Caracol, Faíco and Juan Ramírez.

In addition, among his collaborations we find his accompaniment to the guitarist Rayito in the Bravo Bravissimo awards in Italy 1991, tour throughout Germany with the ballet of Rafael Aguilar interpreting classic titles, the first time that Paloma Fantova performs in Madrid is by his hand, with Belén López in the Lámpara Minera award and many more, besides accompanying Lola Flores in almost all his career on stage.

He has traveled all over the world performing on the main stages for the most demanding audiences. We can also find him in cameos in films by Pedro Almodóvar or with Mónica Cruz in the series Velvet Colección.

An artist full of positive energy who delivers art on both sides regardless of the stage, whether it is Madison Square Garden or the tablao Cardamomo.