A dancer of recognized prestige, her flamenco style transcends and spreads her art all over the world. Her great energy and restless spirit lead her to new artistic adventures. 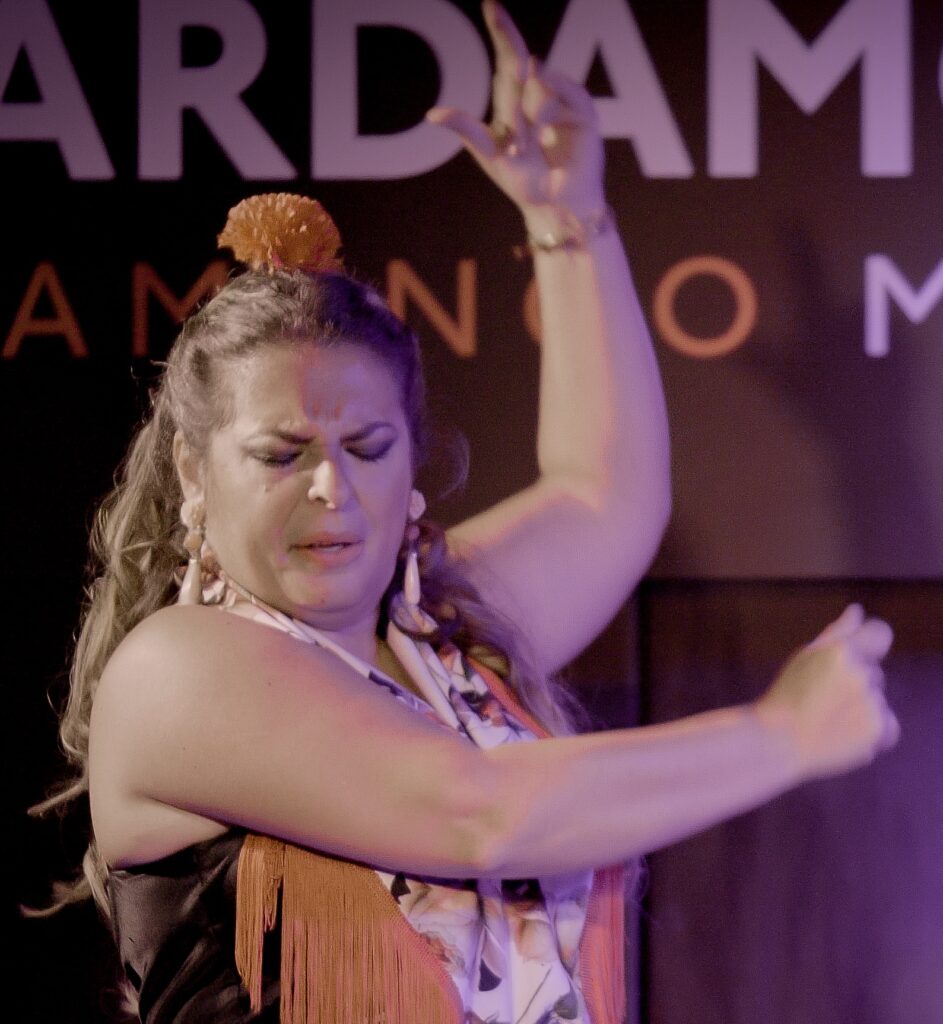 Dancer born in Seville, daughter of José Galván, and sister of Israel Galván, a family of flamenco dancers with different styles.  In 1990, Pastora began studying Spanish Dance at the Conservatory of Seville until 1998.  At the age of 15 she traveled for the first time to the United States with the San Francisco Flamenco Theater Company. The following year she taught at Stanford University and performed in France with the Israel Galván Company.

He has taken his art to the main Spanish theaters and tablaos, as well as to several countries in Europe, Japan, the United States, the Middle East, Cuba, among others. One of her greatest challenges was to perform at the Biennial of September 2006, premiering “La Francesa”, as the main dancer under five choreographies created by Israel Galván especially for her. The success was such that she has taken this same work to important festivals such as the Andalucía Flamenca Festival in Madrid, the Festival de Jerez, the Festival Internacional de Granada and Montpellier Danse.

In 2008, she performed with her brother as a guest artist in the show Tres movimientos de Pedro Sierra. That same year, she collaborated with Carmen Linares, Miguel Poveda and guitarist Juan Carlos Romero in Cuatro Esquinas, a work created for the Flamenco Festival, which was performed in several cities in the United States.

Throughout his career he has worked with great artists such as Fernando Terremoto, Carmen Linares, Eva Yervabuena, Antonio Canales, La Susi, María Pagés, José Luis Rodríguez, Arcángel, Joaquín Grilo, Pedro Sierra, among others. He is currently collaborating with the pianist and composer David Peña Dorantes and with the singer Esperanza Fernández.

Participation in festivals all over the world such as:

Flamenco in the Sun Festival in Miami.

Flamenco Biennial of the Netherlands.

Spring Festival of Cairo or Beirut.

Identidades at the Teatro Maestranza in Seville, directed by Antonio Canales.

Moratana, at the Torre de Don Fadrique in Seville, under the stage direction of Rubén Olmo, organized by the Bienal de Flamenco de Sevilla 2015.

“La edad de oro” revival of a show by Israel Galván performed by Pastora where she returns to the flamenco essentiality: dancing, singing and guitar playing.

La Máquina de Bulerías at the Fundación Caja Sol in Seville 2019. Pastora Galván is accompanied on stage by José Valencia, as guest artist, and to the beat of “Botote”. Directed by the bailaor Israel Galván.