Morenito de Illora, a gypsy singer of great prominence, brings together a performance immersed in courage, temper, compass and sensitivity. 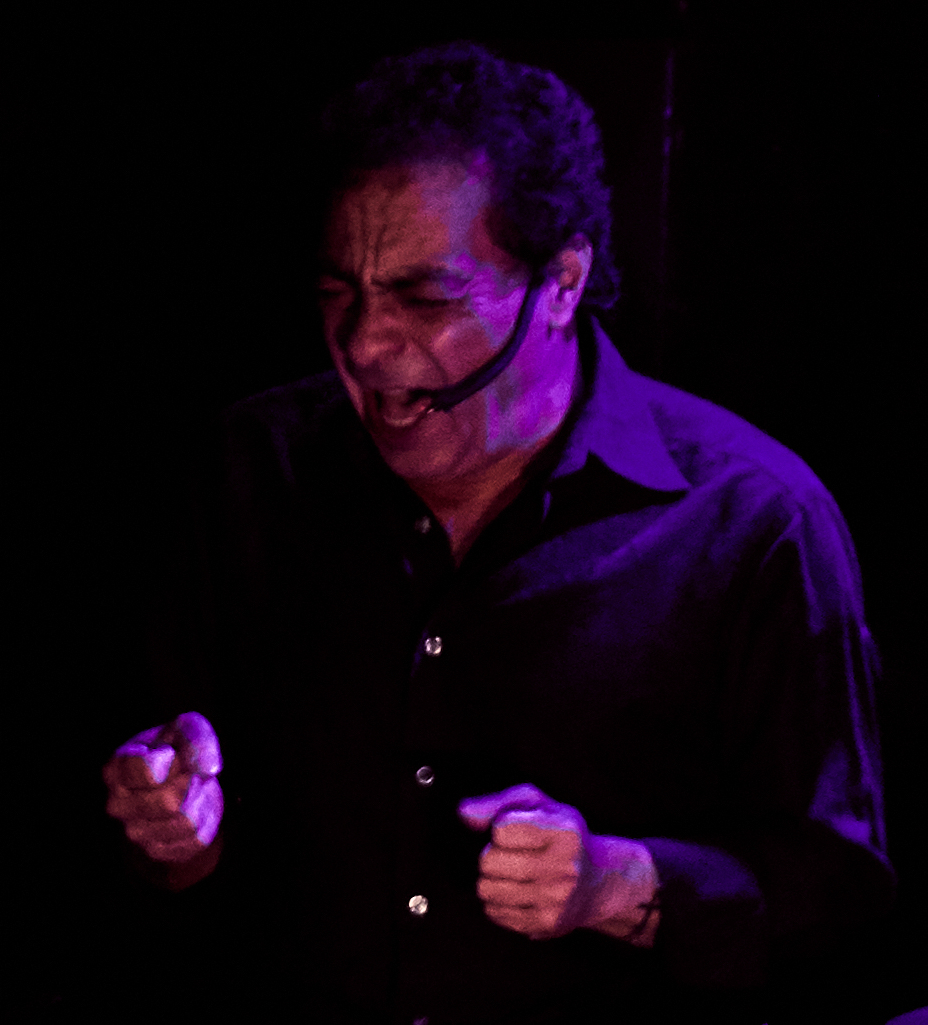 Guillermo Campos Jiménez, better known as “Morenito de Illora” is a gypsy singer born in Illora (Granada). Member of a gypsy family of amateurs and famous artists, living in an environment of singing and dancing. At the age of 7, he emigrated to Barcelona. This singer had the honor of working for three years with the great Flora Albaicín. He also created the group Pureza, together with Nene de Santa Fe.

The nickname Morenito de Íllora was given to him by Camarón at the festival in the town of Íllora in 1979. He told him to take the name of his town, and not that of Granada. “I am Camarón de la Isla and not Camarón de Cádiz”. Morenito de Íllora went on stage and embraced Camarón, who was sponsoring him with the artistic name of Morenito de Íllora.  After this epic moment, they performed together at Los Tarantos del Sacromonte, an outstanding place for artists.

Morenito currently accompanies Tomatito, with whom he has been touring the world for more than fifteen years. He has performed with artists such as “Pansequito”, Camarón himself, Manuela Carrasco, Joaquín Cortés, David Morales and Ramón Porrinas among others.

With a lot of style and palate, his world is of seguiriyas, tangos, bulerías, cantiñas, soleá and some other free songs that he masters very easily.

“Yo quiero volar” 1994 with the collaboration of Pedro Sierra, “Tobala” and Juan José Amador among others.

He also works as a producer, promoting new values David Carmona or Miguel Angel Cortes and has worked in important tablaos in Spain.