Considered a very intuitive dancer and with a lot of personality within the new values of flamenco dance, she performs all over the world and throughout Spain. 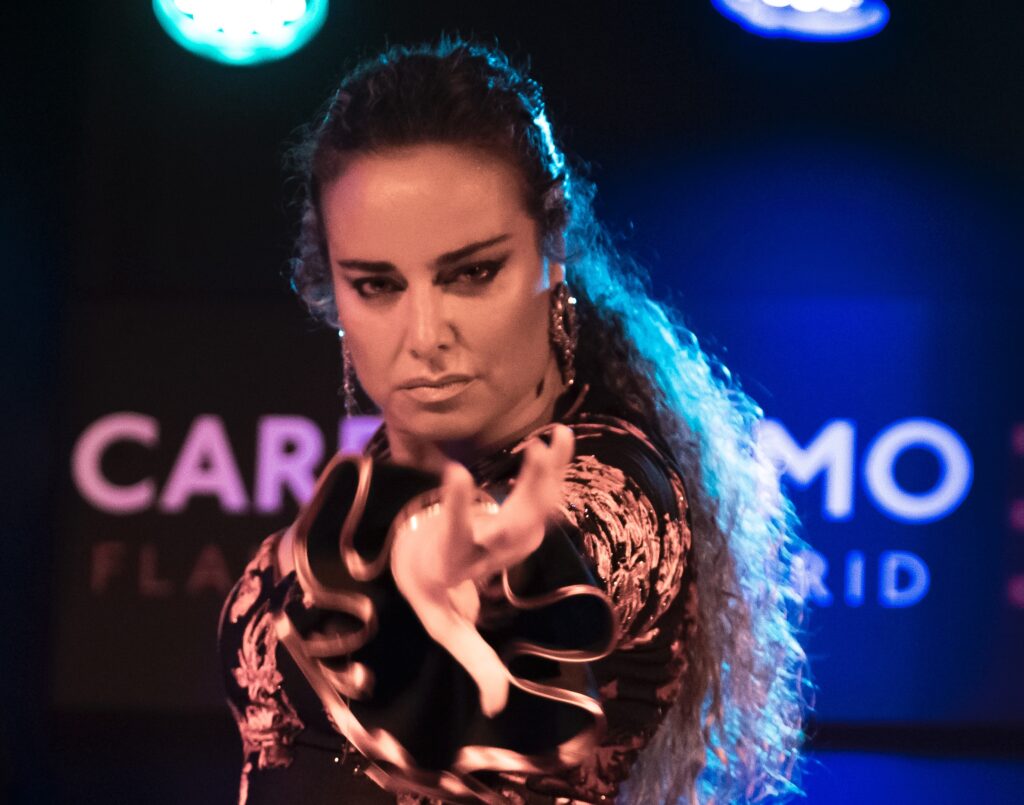 Sevillian dancer, born into a family of artists, her parents, dance teachers, influenced her to follow the world of flamenco. When she was only three years old, she started dancing on stage. She has had great teachers and experiences within flamenco that have made her advance in her career. José Galván, Rafel Carrasco, Diego Carrasco and Belén Maya are some of the professionals who have been part of Marina’s journey. Among her experience in companies are: “Puente de Triana” by Rafael Campello, “Calle Sierpes” by Felipe Mato, “Cádiz de la Frontera” by Andrés Peña and Pilar Ogalla. After having toured several countries in the world such as Russia, Austria, Korea, France, Japan and currently works in the best tablaos throughout Spain, giving private lessons.

“Galvánicas” 2004 performed with Belén Maya and Rafaela Carrasco at the Teatro Central in Seville.

Theater of Tetouan, in Morocco, where she also participated in the international festival of Volubitis.