As the grandson of the flamenco dancer, Fati, and the nephew of Faico, the son of Loli La Pelá and Chuscales, Manzano belongs to an important dynasty of flamenco artists: the family of Los Pelaos. He starts his career at the age of 16 by accompanying great flamenco figures as Merche Esmeralda, Domingo Ortega, María Pagés, Rocío Molina, Manuel Linan, Charo Manzano, Juan Ramirez and Aurora Losada. 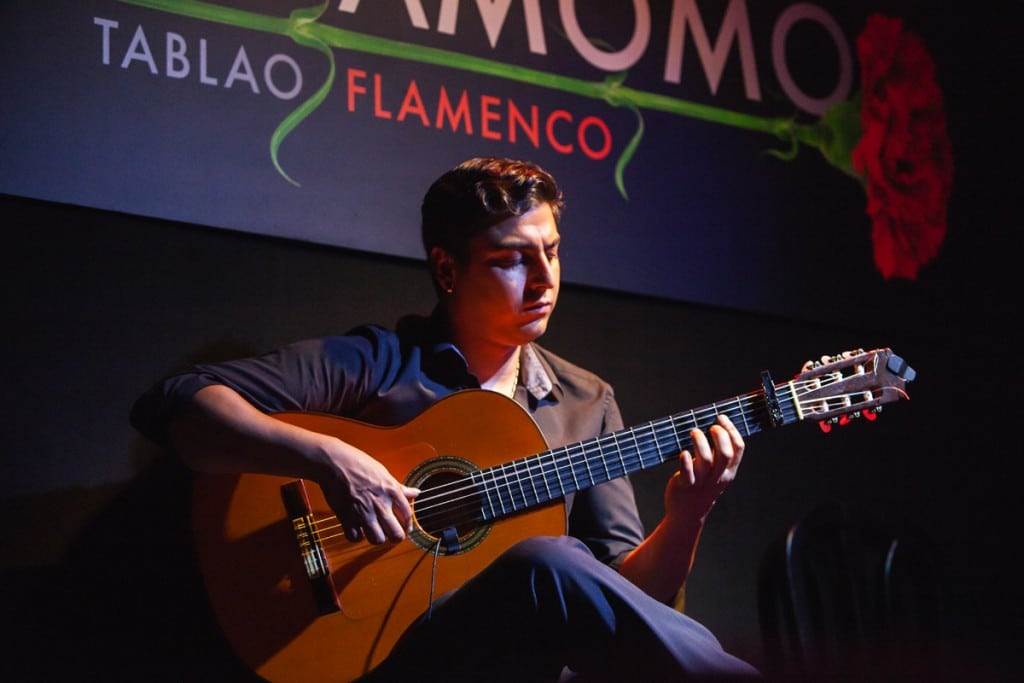 Some of his most outstanding teachers are: Aquilino Jiménez ‘The Entri’ Manuel Parrilla and Francisco Manzano ‘El Calentito’, which provided him with a defined technique and the proper knowledge to the accompaniment of singing and dancing. When he was very young, he participated in various Festivals like: the New York Festival, the Jerez Y Expo-Japan Festival; and was in international tours with artists such as Gerardo Núñez, Manuela Carrasco, Farruquito, Israel Galván and Los Campallo. He collaborates with different shows bringing his musical creativity, as in the case of D’essearte Company, directed by the dancer, Pepa Molina. He worked with great success with his uncle Toni “The Pelao”; dance in Madrid in prestigious Tablaos and works as lead guitarist in proposals directed by Jesús Fernández and other artists.