The Mexican Karime Amaya was born into a family of artists where her great aunt Carmen Amaya is the renowned Spanish dancer, singer and actress. From a very young age, she attended classes at the family school and learned with them that flamenco was her passion. 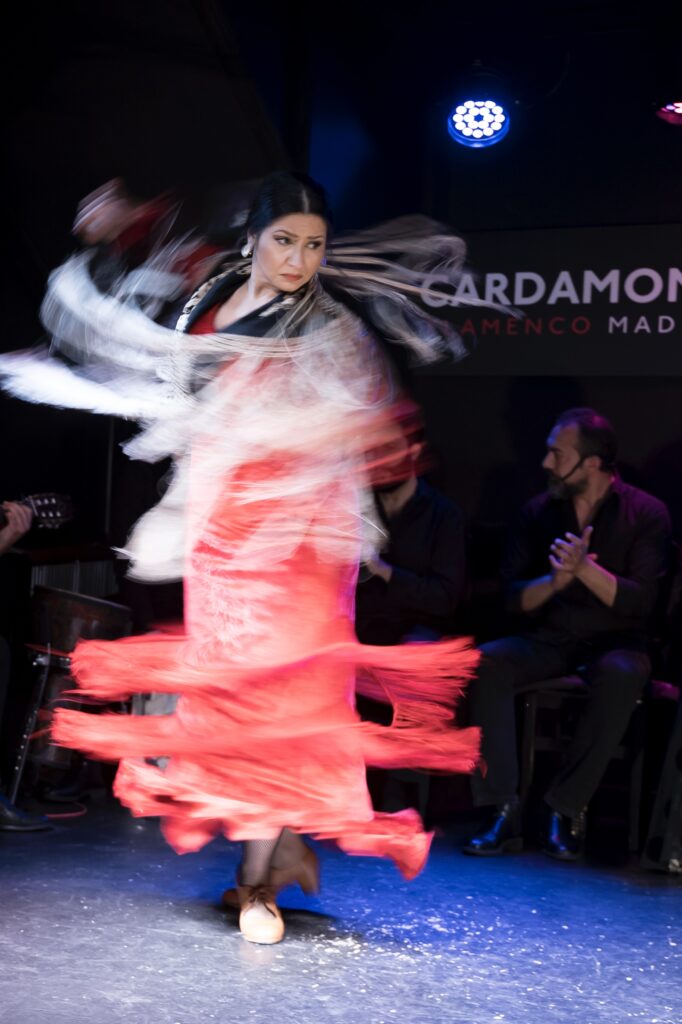 During her career, the dancer Karime Amaya has taken part in numerous international festivals. Among them is the International Flamenco Festival of Albuquerque (United States), then the Festival of Flamenco Art in Monterrey (Mexico) and finally the Festival of Flamenco Art of Mont-de-Marsan (France) among others. He participated in several tablaos in Tokyo such as “Garlochi” and “El Flamenco” being one of the most emblematic of this city. In 2007 she started a tour around Japan and in 2011 she performed a tribute to the members of the Amaya Family with the show “Amaya Linaje”.

In 2013, she was awarded the prize as breakout artist in the Festival de Jerez with “Farruquito”.

At the age of eleven, Karime met her great idol Alejandro Sanz at a photo shoot in Mexico. To her surprise, Alejandro came up to her, greeted her and they danced together a bulería. At the end, Alejandro gives Karime a bracelet typical of the Mexican Indians as a gift so that she will be lucky every time she goes out dancing.