Sevillian dancer who exudes talent, personality and art, when he gets on stage he captivates the audience immediately. With an impressive command of rhythm, he is among the greats of this last decade of Flamenco. 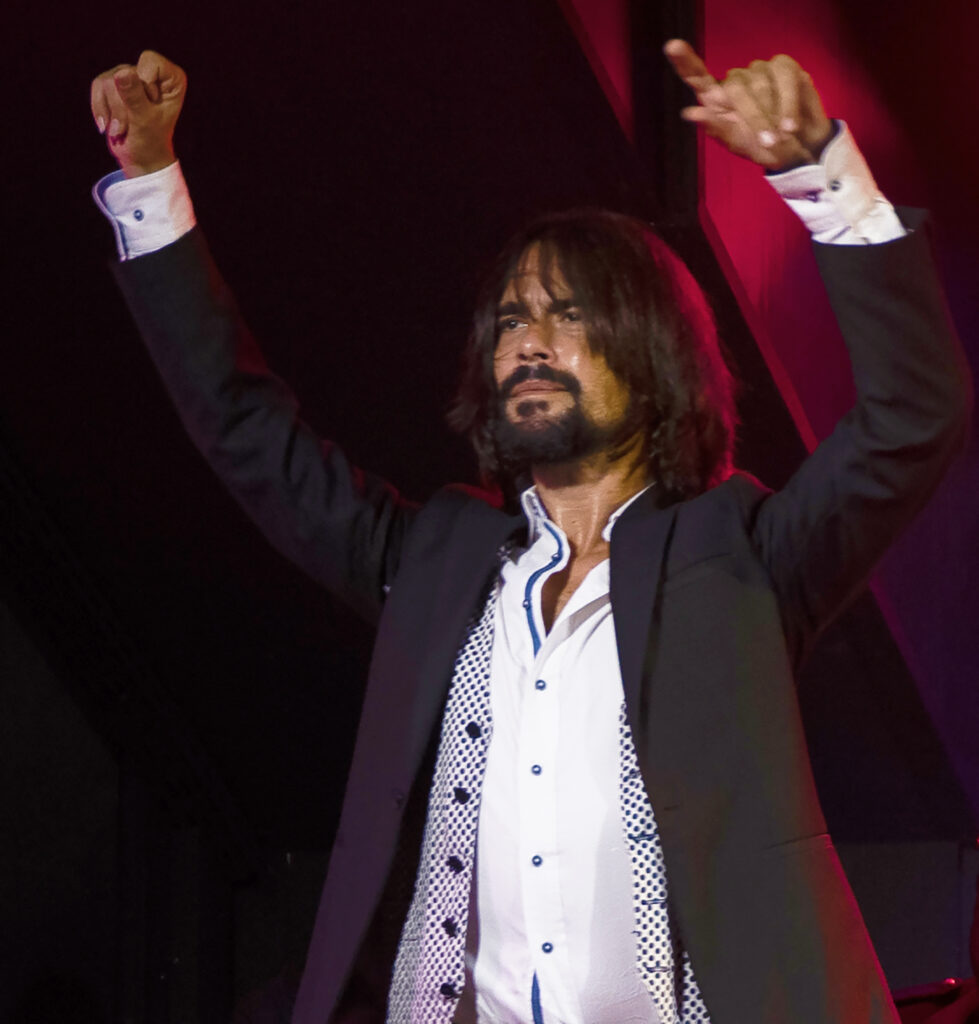 Sevillian born in 1979, raised in Morón de la Frontera, his family has generated the importance of flamenco in his life. He entered the Royal Conservatory of Seville, where he acquired a classic and impeccable technique, combining his classes with great teachers such as Juan Ramirez, Juana Amaya, Manolete, Ciro and Antonio Canales, Ana Maria Bueno and Carmen Montes among others. At the age of 16 he joined the company of Antonio Canales, where he began his development in different jobs until he became first dancer and guest artist of the Ballet Flamenco de Antonio Canales, interpreting and performing masterpieces of flamenco choreography, such as Torero, Raíz, El Romancero gitano, Bernarda, Gitano, Fuerza Latina, Prometeo, Bailaor, Cenicienta, Minotauro and Tierra y Fuego, among others. In 2001, he debuted as a solo dancer in the show “Pueblos” at the Teatro Príncipe in Madrid and in 2004 he created his own company, Ballet Flamenco Juan de Juan, with absolute success, and was invited to dance at the great City Center Theater in New York.

In January 2006 he began the COPE tour throughout Spain with the show “Frente a Frente” and after that, he created the show “Camarón va por ti”, with which he toured the world heritage cities in the 2006km project, a solidarity march for the benefit of the Nelson Mandela Children Foundation presented by the firm arte y naturaleza.

He then toured Japan where he performed in The annual “Stars of the 21st Century” gala, presented by the Koffler Centre of the Arts, where according to critics Juan de Juan’s dancing reminds us of George Balanchine’s famous quote “see the music, hear the dance”. In 2010, he premiered his new show “Mensajes con Alma”, in which he shows how flamenco meets current music, such as Hip Hop, Rap, Funk, with the special collaboration of rapper Junior Miguez.

Presence at the Spoleto Festival in the United States.

He created “Al Sur” which had its premiere at the Bienal de Flamenco in Seville (2001).

Presence at the Cairo Festival.

“Guitarra de cal”, a work of marked modern style, which makes him worthy of awards and recognitions in the Flamenco festivals of Utrera and Flamenco de Morón de la Frontera.

Work “A mi aire”, with which he toured Spain and performed in prestigious European festivals such as the Mont de Marsan Flamenco Festival in France or Presencia Flamenca in Mexico at the Teatro de la Cuidad.

Participation in the Ibero-American Theater Festival of Bogota with “Botas de Oro”.

In 2011 he premieres his show “La Voz del Baile” in Japan reaping great success from critics and audiences.

In 2012 he premieres his show “Flamenco Hoofer’s” at the Bienal de Flamenco in Seville, after having been at the Lincoln Centre in New York and having been nominated for the Bessie Awards.

In 2014 he presents in Los Jardines de Sabatini in Madrid his great show “Sones Negros”.

Undoubtedly Juan de Juan is a dancer full of strength, youth and experience, with his own path that makes him appear in the golden pages of flamenco dance.