The dancer from Murcia, winner of the "WORLD RECORD GUINNESS 2010 of heel tapping and winner of the "MELÓN DE ORO" festival of "LO FERRO", the only dancer in the world with this award. 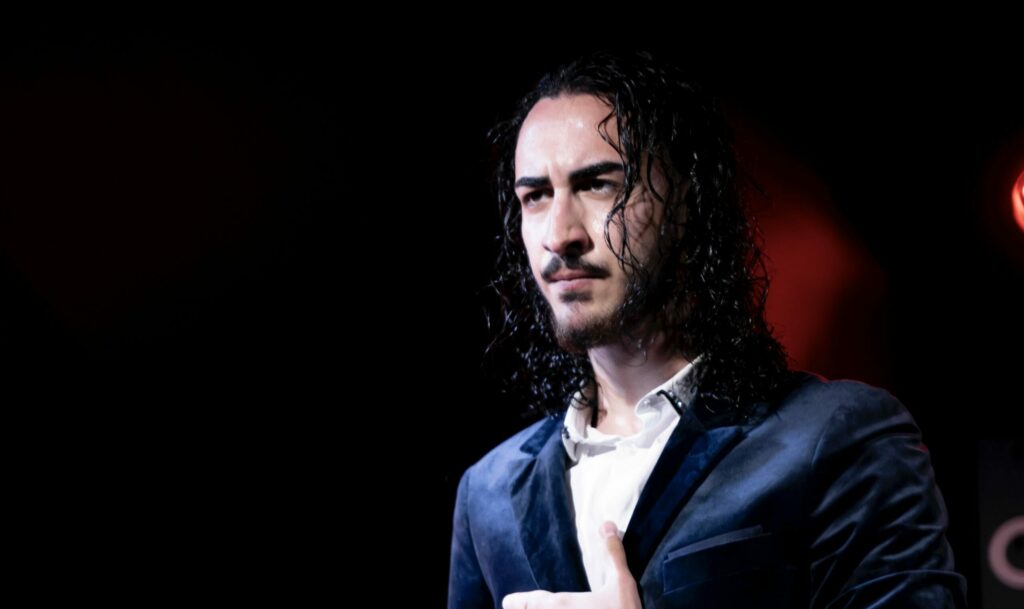 José Miguel Fernández, known artistically as José Escarpín, was born in Murcia and from his mother’s womb he could feel the kicks strongly. From a very young age he began his interest in the art of flamenco.  His easy and quick learning to dance flamenco took him to different flamenco schools, such as Amor de Dios, in Madrid, when he was only 7 years old. Among his teachers, the great master Juan Ramirez, Carlos Velazquez, Alfonso Losa, Jose Maya, Nino Reyes, Antonio Canales, Tony “El Pelao”, La Tati among others. He has been part of various national and international television programs receiving awards and has taken his dance career to different parts of the world: Miami, Los Angeles, Arizona, Mexico, Texas, New York, Italy, etc.. He has presented his shows in different theaters and auditoriums around the world as the theater “Manuel Artime” (Miami), Cesar Chavez (San Luis De Arizona) Benidorm Palace, Riojaforum, Palacio De La Prensa, among others. He has participated in the films “Mexico Flamenco” and the Netflix documentary “The Creation of Malinche“. He currently works in the best tablaos with his own shows of his own creation and staging.

Winner of the “WORLD RECORD GUINNESS” 2010 of “taconeo”.
Winner of the “MELÓN DE ORO” festival of “LO FERRO” the only dancer in the world with this award.

José tells us that when he was 15 years old, he was asked to dance at a 15th birthday party of a wealthy girl in Florida. During the party, José danced on a gold stage, accompanied by gold thread curtains, with the setting of the movie “The Great Gatbsy”.

Another anecdote that José tells us, was when he was 11 years old, he was dancing with his company and Tony “El Pelao” came up to him and told him that he had never seen anyone dance like he does.