Cantaor Sevillano of pure flamenco, descendant of the Fernandez family, whose art is maintained from generation to generation. His warm voice marks presence, accompanying the rhythm and dance to perfection. 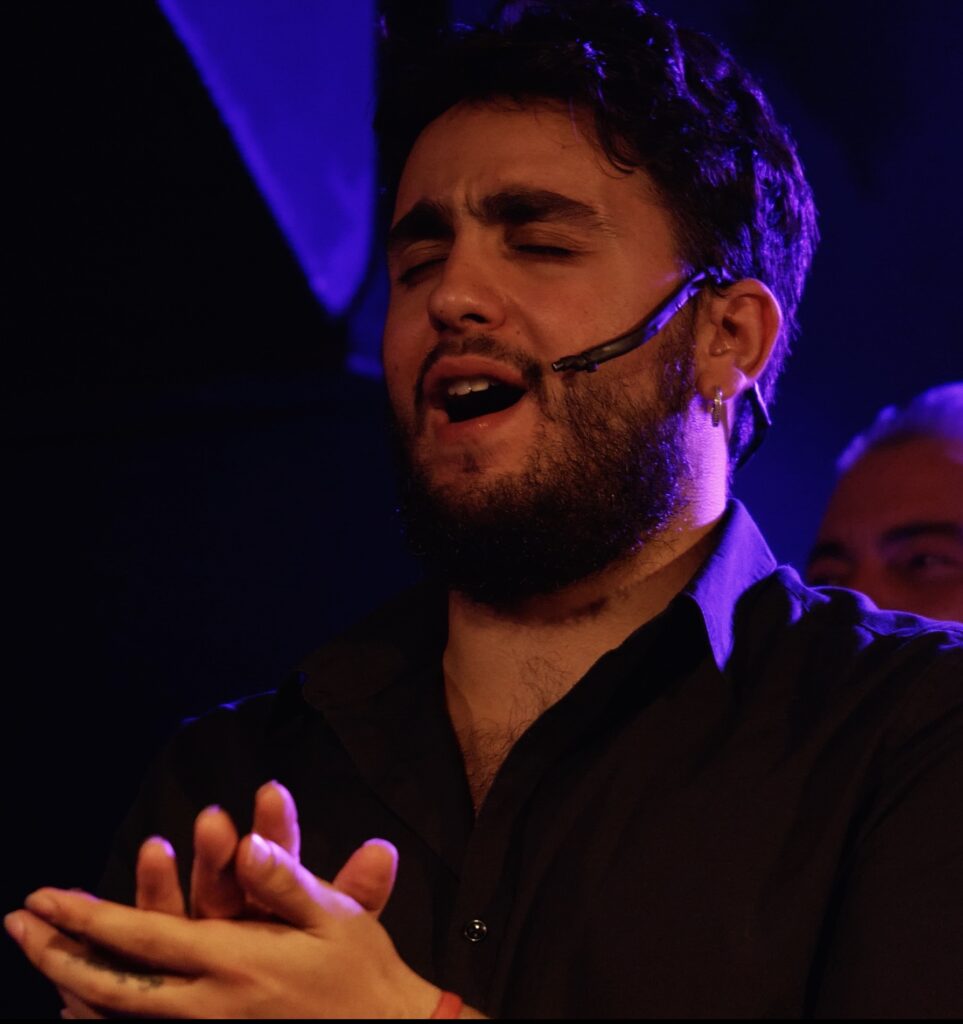 Ismael de la Rosa González, known artistically as “El Bola”, was born in Seville in 1995.  Since he was a child he was surrounded by flamenco artists, so from an early age he knew what it was to sing soleás and fandangos. His family, Los Fernandez, from the Triana neighborhood of Seville, has an extensive artistic tradition in the world of flamenco. Its founder Curro Fernandez, Ismael’s uncle, is the one who initiated him in professional flamenco as a singer.  His father, Ismael Fernández, also a singer, collaborated with artists such as Marina Heredia, “El Torombo”, Leonor Moro, Rafaela Carrasco, Alfonso Losa, Joselillo Romero, Olga Pericet, Marcos Flores and María Pagés.

At only 7 years old, he debuted at the Biarritz Festival of Latin American cinematography. In the same year he collaborates in the show “4 Generaciones”, a tribute to Bernarda de Utrera, at the Maestranza Theater in Seville, and in a tour of several cities in Japan with his family. The following year, she participates in the show “Canciones antes de una Guerra” by Maria Pagés, in the Villamarta theater in Jerez and in the Bienal de Sevilla, in the Maestranza theater. Later he collaborated in the show “30 decibelios”, by “La Niña de los Cupones”, presented at the Bienal de Sevilla.

Ismael has shared the stage with many of the greats in different festivals, artists such as Juan Amaya, Jose Valencia, El Capullo de Jerez, among others. He has also collaborated with José Anillo in his latest album and has performed in presentations of Esperanza Fernández’s album at the Lope de Vega theater in Seville, along with Pastora Galván and David Dorantes. She has toured internationally, singing her art in the United States, France, Switzerland, Japan, etc.

“Flamenco Directo”, a record work with the guitar of Yerai Cortés, presented at the Flamenco Festival Madrid and Bienal de Sevilla.

From his interview in the Diario de Jerez , Ismael mentions “I leave my skin naked through my voice and I always try to give the best for the people to enjoy. The audience in front of you has to feel what you sing”.