Juan Manuel Fernández Montoya, better known as 'Farruquito' is a dancer, choreographer and producer of flamenco shows of great prestige. Within his great career, he has created a dance form that preserves the purity of the flamenco art. 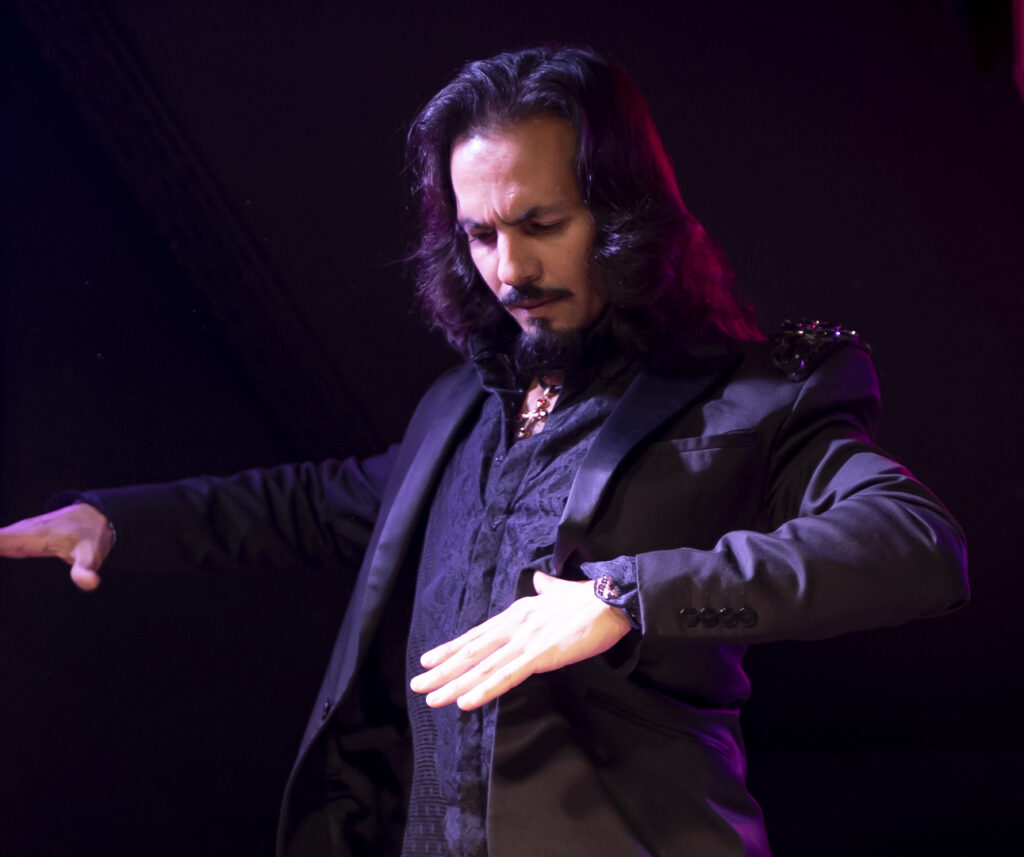 Born in Seville, he is the son of singer Juan Fernández Flores “El Moreno” and dancer Rosario Montoya Manzano “La Farruca”. Heir to a school founded by his grandfather “Farruco”, he debuted on the international scene at the age of five on Broadway with the show “Flamenco Puro”, sharing the bill with his family and the most legendary figures of flamenco. At the age of eight he had his first season in tablao in Madrid. The following year he participated in the presentation of the Paralympic Games and in the 1992 Expo in Seville.

At eleven he was already collaborating with Camarón and the following year he participated in the film “Flamenco” by Carlos Saura, along with his grandfather “El Farruco”. That same year he participated in the artistic and choreographic direction of the show “Bodas de Gloria” with his family. At the age of fifteen he created his first show, “Raíces Flamencas”, achieving great success. At the age of 19 he was already triumphing in the United States, initiating an international career that from the beginning left no doubt. After his performances in the United States, the New York Times considered him “the best artist to set foot in the Big Apple in 2001”.

Within the improvisation, “Farruquito” tells us that the choreography is like a set phrase, there is a lifetime to know a language and to be able to express what you are feeling, you should not settle for set phrases. Flamenco for “Farruquito” is a way of understanding life.

“Raíces Flamencas” debuted at the Royal Festival Hall in London and performed at the Teatro de la Villa and Conde Duque in Madrid, at the Teatro Poliorama in Barcelona and toured internationally in France and Japan.

“La Len Varo” in the I Flamenco Festival of the United States 2001. The following year she performed in Seville at the Teatro Central.

Participation in the Gala of the Max Awards 2002.

Participation in the third edition of the United States Flamenco Festival 2003 with his brother Farruco.

The Academy of Music awarded him for his lyrics “Dulce Canela” from the album “María” by Niña Pastori and for the sound of his feet in the tribute album to “Jeros”.

In 2003, he also premiered with great success the show “Alma Vieja” at the Teatro de la Maestranza in Seville. The success was repeated at the Albéniz Theater in Madrid.

In July 2008, he returned to the stage with the play Puro in front of 2000 people in Palma de Mallorca.

In 2015, he participated in the capital of the province with “Improvisao”.

In 2016, he performed a recital in the Plaza de la Catedral de Almería with the guitar of Niño “Josele” and the voice of Arcángel.

In August 2020, he releases “Íntimo”, within the edition of Flamenco On Fire. With the participation of Remedios Amaya, in which he combines the roots of flamenco with a more contemporary musical proposal, and which is born from the reflections of the artist after more than thirty years on stage.