Ricardo Fernández, better known as 'El Tete', gives us a dance with race, highlighting its strength and elegance within the young flamenco talents of today. 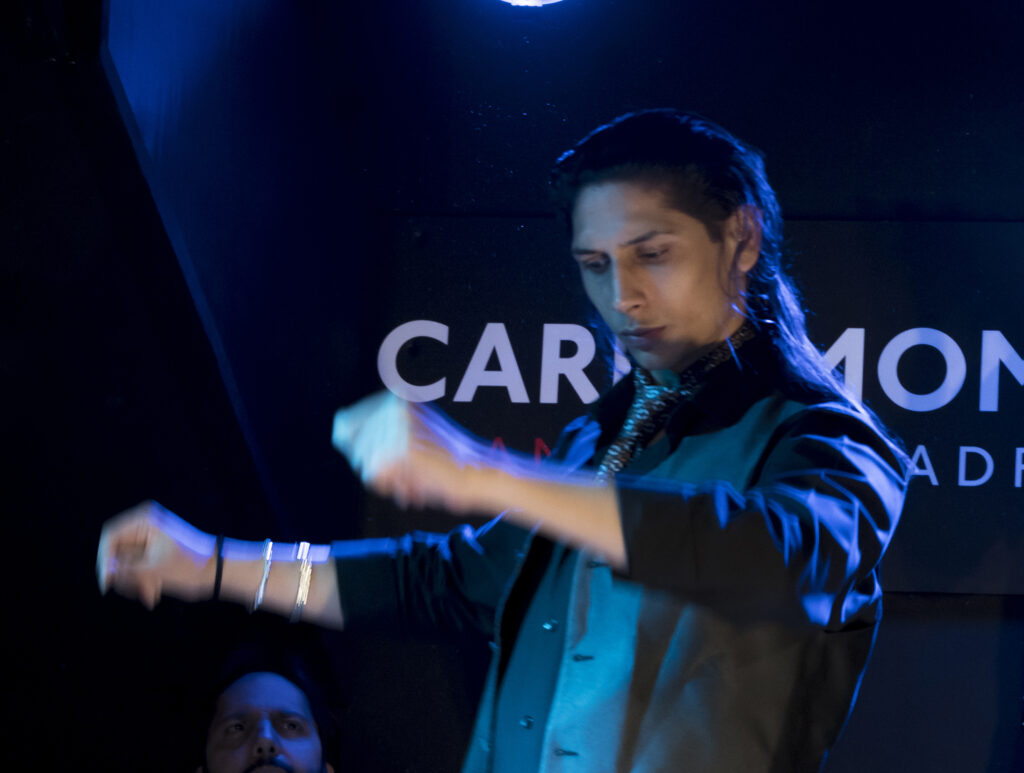 Born into a gypsy family, from Sant Roc, Badalona (Barcelona); younger brother of the dancer “El Yiyo”, he shows us a passion and innate talent in his flamenco dancing. With only 22 years old, he has had experiences with great artists, consecrating his place in the flamenco experience.  José Maya and “Farruquito”, are some of the greats who influenced the development of this young dancer. He shares with his brother, “El Yiyo”, not only the physical resemblance, but they are also part of the new figures of today’s flamenco. They have participated together in the show “Flamenco de sangre” at the Teatro Apolo in Barcelona, touring several cities in Portugal and Spain.

“Jubileo” in Miami and in various parts of Spain, performing with his brothers, “EL Yiyo” and “El Chino”.
The three brothers were part of the play “Contratiempo” and soon “El Tete” will be in a festival in London with “Tomatito”.

“El Tete” and his brother, “El Yiyo”, went to see the master “Farruquito”, where he danced in Café Berlin, in the city of Madrid. Arriving at the last number, “Farruquito” invited “El Tete” to dance on stage, and then ended up having a few drinks at “Casa Patas”.  There were two flamenco greats, Robert “El Moreno” dancer and David Jimenez guitarist.  This is how “El Tete” contacted them to dance for the first time at Cardamomo, along with two greats, “Farruquito” and Remedios Amaya.