Sevillian dancer who gives us an unparalleled zapateado, of great strength and impressive technique. He has achieved great success in his career, performing in major shows all over the world and with many outstanding artists. 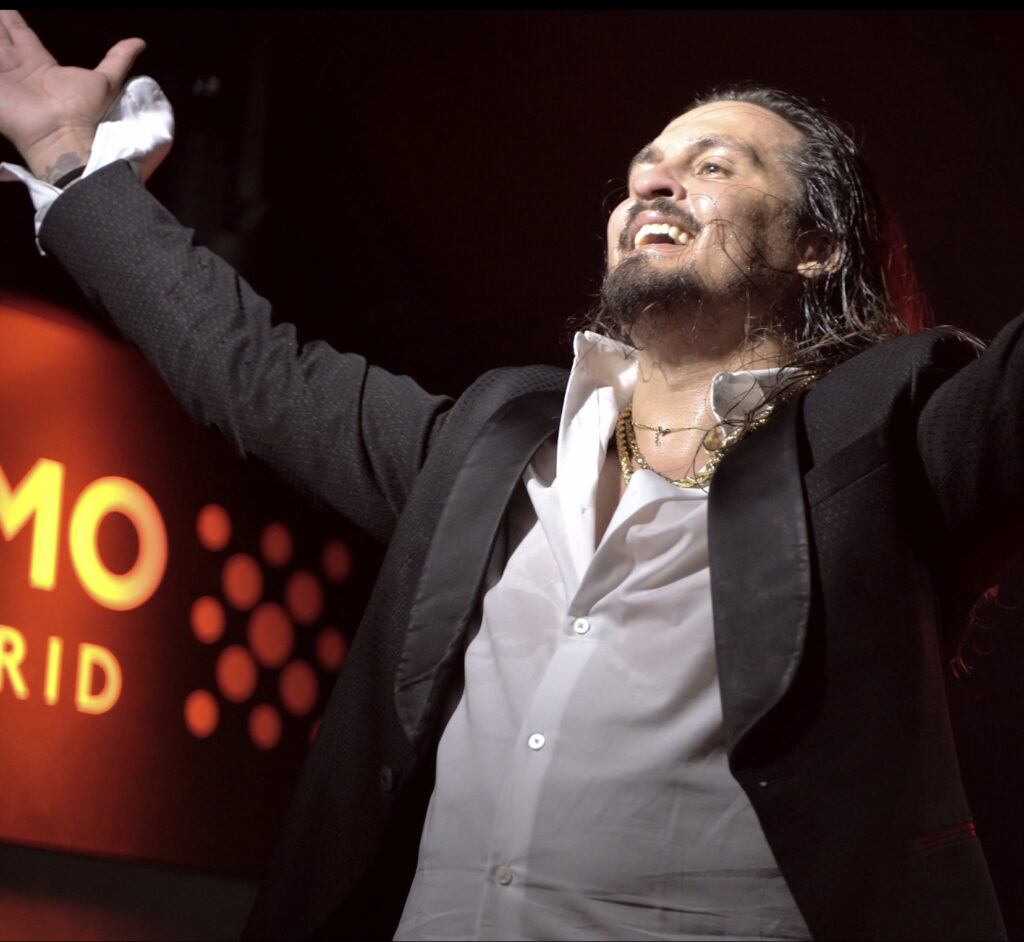 Antonio Fernández Montoya, better known as “El Farru”, was born in Seville in 1988, son of the singer Juan “El Moreno” and the dancer “La Farruca”, brother of the dancer “Farruquito” and grandson of “Farruco”.  He adopts the artistic name of his grandfather Farruco, a reference of the purest Flamenco art. He debuted on the international scene at the age of 2 in Berlin with the show Pasado, Presente y Futuro directed by his grandfather. He put on the shoes of his father “El Moreno”, wanted to go out to do a soleá with his mother, and ended up being part of the show’s finale. He participated in his first film, Bodas de Gloria, when he was only 6 years old, under the direction of his grandfather “Farruco”. The film is a musical that narrates the tradition of nomadic gypsies, mixing theatrical fiction, reality and flamenco. At the age of 10, “Farru” created the company, Los gnomos del flamenco, with which he participated in numerous festivals in Spain and the rest of the world, such as Cologne and Kiev. One of his biggest dreams has been to dance for the guitar sound of the master Paco de Lucia, which he would like to follow in his footsteps both professionally and personally.

He participated in the work of his brother “Farruquito”, “Farruquito y Familia” in New York, accompanying him on a tour of the United States.  He performed as a soloist with Antonio Canales in Mexico and then premiered in 2006 his solo show “Farruco”, with which he toured the best theaters around the world including the City Center of New York. He also performed as a guest artist in numerous shows such as Manuela Carrasco’s and Javier Limón’s “Son de Limón”.

In 2007 he created the show “Al Natural”, being the author of the music, lyrics and choreography, sharing the stage with his cousin “El Barullo” and the dancer José Maya. With this show he collaborated in the tours of prominent artists such as Beyoncé, Björk, Marc Anthony and Paulina Rubio, being recognized in the New York Times newspaper. This same year he taught courses in the television program Fama, broadcasted by the television channel Cuatro, dedicated to urban and contemporary dance.

In 2008 and 2009 he directed “Los Farrucos”, a work with which he and his family toured the best theaters in the world, such as the City Center in New York and Salders Wells in London.
In 2012 he made presentations with his own company “Farru y Compañía” performing all over the world and obtaining great success. Together with his brothers in 2015, they perform in the show TR3S Flamenco, in the Closing Concert of the IV Bienal de Arte Flamenco de Málaga. The following year he is part of “Farrucos y Fernández, Navidad en familia”, celebrates this year its IV edition with the achievement of being the first Zambomba with touring format.

Flamenco for Farru is a condition, a way of expressing and feeling. You can be flamenco without playing, dancing and singing.

2001, play “Incognito” with Francis Brunn’s, considered by all as the best juggler in history, together with Rastelli, at the Frankfurt Opera House. The play is produced by Tiger Palast and features an exceptional cast.

Special participation in shows created by his brother such as “Raíces Flamencas”, “La Len Varó”, “Por Derecho” or “Alma Vieja”.

2005 he stars in the film by Catalan director Mireia Ros, “El Triunfo”, winner of the Silver Biznaga for best soundtrack at the Spanish Film Festival of Malaga 2006.

In 2010, DeFlamenco gives him the award for Best Dancer of the Year.

In 2018, Award for the Promotion of Gypsy Art and Culture.

Five years ago in Niza, Madonna went incognito to a show that “Farru” presented in Madrid to then ask for his show on her birthday.  Not knowing where they were going, they went to a private party and when they arrived at a super mansion, they let her know that Madonna wanted Farru for her birthday. She came down from a helicopter dressed in red, just like in the movies. The stage where they danced turned into a dance floor and as Michael Jackson’s Billie Jean played, she asked him to dance.