Singer, composer and multi-instrumentalist, Diego Amador Junior, is a recognized Sevillian artist in the world of flamenco. His performance carries, without a doubt, the very essence of pure flamenco art. 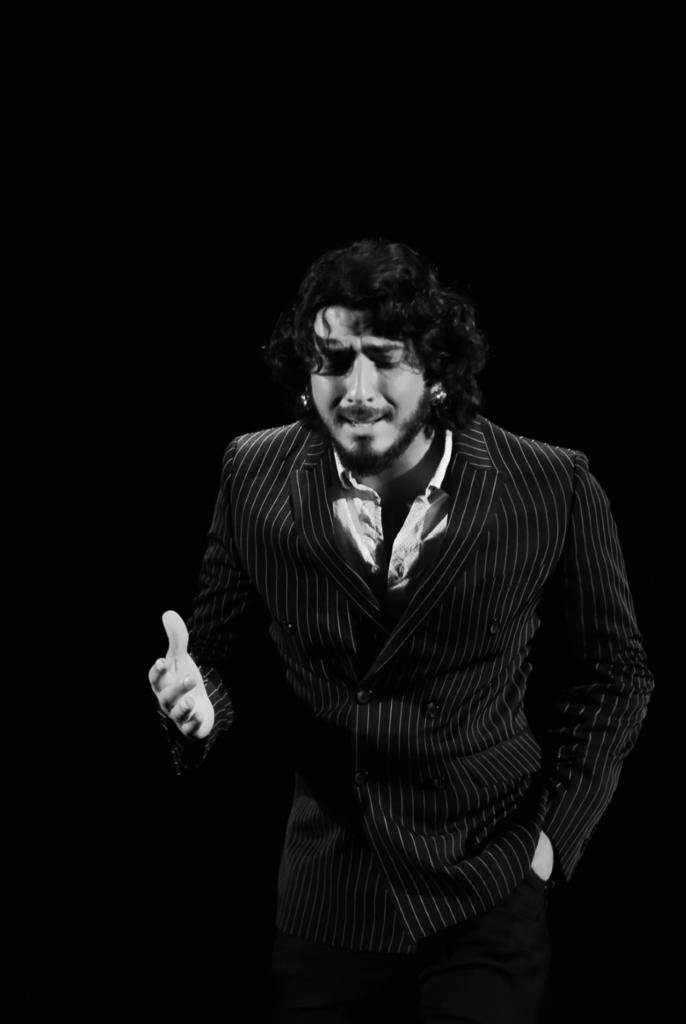 In 1993, Diego Amador Junior was born in Seville, in the neighborhood of 3000 homes. Surrounded by a gypsy family with a great flamenco influence, he debuted as a percussionist but eventually became a singer as well. In his home, many of the greats such as Camarón de la Isla, “Farruquito”, “Farruco”, Juana “La Revuelo”, “Lole y Manuel” and many more great artists passed through his doors, which marked Diego’s flamenco upbringing in a natural way. The combination of being a great composer, musician and artist in general, has allowed him to accompany many of the most influential artists such as “Tomatito”, Joaquín Cortés and “La Susi” among others. Not only in Flamenco, he also performs in Jazz with leading figures such as: Path Metheny, Birelli Lagrene and Charlie Haden.

In a very important tour that his father did with “Tomatito” in Malaga, Diego was very young and accompanied the artists in their project. There were “El Cigala”, “El Paquete”, Lucky Losada and many others listening to other children playing percussion. Diego remembers that Lucky approached him to ask him to play something, and as soon as Diego started, all the artists turned to look at him.  Tomatito came up to him and told him that next tour to come up and play with him. This is how “Tomatito” gave Diego the chance to accompany him in Cadiz and to make him feel that a great artist like him had made him stand out.