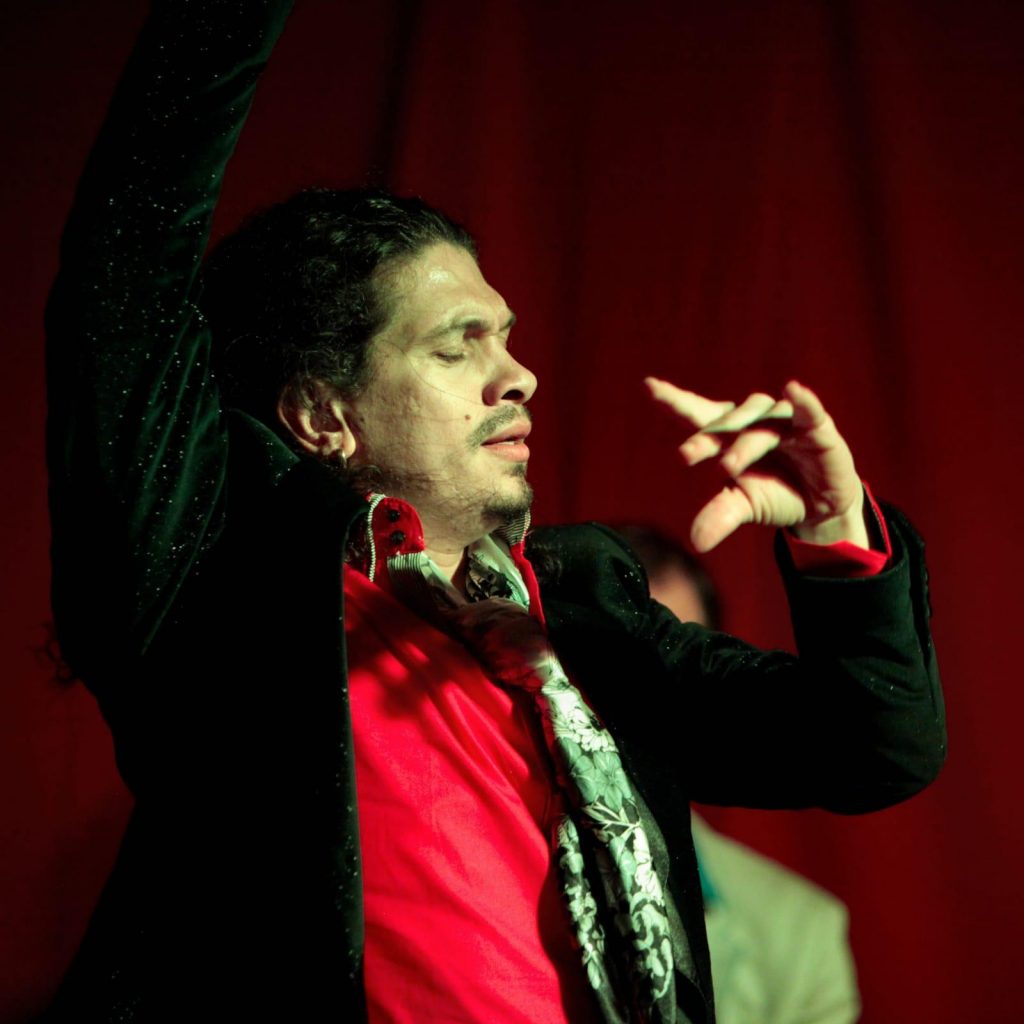 “El Chato” was born in Barcelona in a gypsy family.

He began his studies with classical, Spanish and Flamenco dance. Forming with great teachers likea: Rosa “La Tolea ” and Antonio Canales, among others.

In the year 2002 he created his own company “Bajarí Flamenca”. And he performs several world tours, through countries such as China, Greece, Spain and Italy.

He collaborates and comes as a guest dancer in the shows of other renowned flamenco artists, such as: Farruquito, Duquende, Antonio Canales, La Chana, Tia Juana the pipe, Josemi “Ketama “, Diego Amador, cocoon of Jerez or Diego del Morada. In impressive shows like “improvise “, “Entre Amigos “, “The goddess of the compass “ or “XLVIII” Gypsy porting of Utrera “.

He is an expert dancer and very active in the actually of flamenco world. He participates in festivals such as ¨Flamenco Ópera¨, directed by Katia Moro at the Gran Teatro LICEU in Barcelona. “The International Flamenco Art Festival” of Mont-de-Marsan. Dance with Sara Baras and Samuelito in the show ¨ Traveler¨ made in Paris and Normandy.

In addition to dancing, he has proven to be a great actor in “The Invisible Half”, a film nominated for the Hollywood Oscars, in the spanish TV Show “Crónicas marcianas “; or  “Tarantos”, the flamenco musical composed of music by Chicuelo, Tomatito and Javier de la Torre. Under the direction of Emilio Hernández. The producer the coffee maker and singer-songwriter Antonio Barrullo claim it for the documentary “Mexico Flamenco” nominated for the Grammy Latino.

Filmaffinity also bets on “El Chato”, specifically in the film directed by Lucía Stojevic ¨: “La Chana¨ one of the best flamenco dancers in the world, awarded on more than 9 occasions.

“El Chato ” Teaches flamenco dancing, sharing its technique and talent all over the world, from Spain, through countries such as Japan, USA or China.