Maestro Antonio Canales is admired for his explosive talent and successful career in several parts of the world. He is one of the most recognized dancers in Spain. His art encompasses the greatness of flamenco dance accompanied by a unique style. 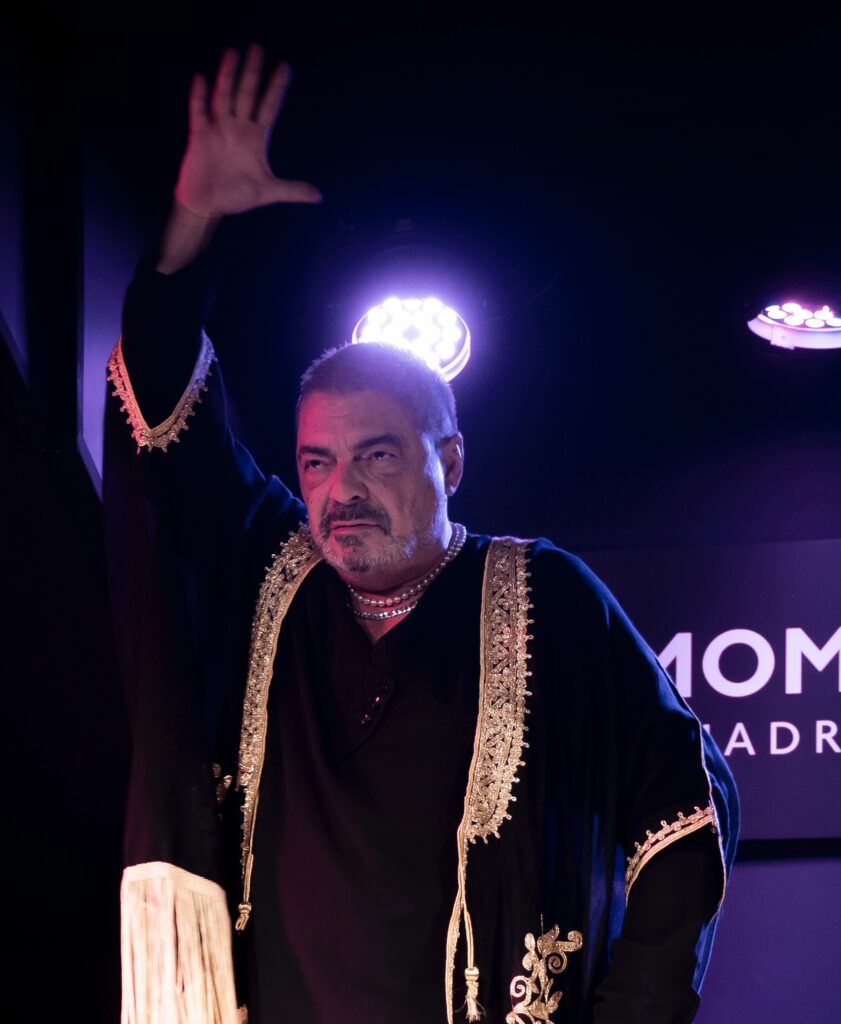 Born in Seville in 1961, Antonio comes from a family of artists. He began his career as a dancer in the National Ballet and then move to Paris to be part of the ballet of Maguy Marin. He was invited to participate in the choreography of Versalia, in Italy.  By this time, Antonio was an internationally recognized dancer and participated in more than fifty international works as a principal dancer until he formed his own company, debuting in Bilbao with the choreographies ‘A ti Carmen Amaya’ and ‘Siempre Flamenco’.

Among his countless awards, the National Dance Award, his nomination for the Emmy Awards, and the delivery, from the hands of the King of Spain in 2022, of the Gold Medal of Fine Arts stand out. Among his most notable works are: ‘Torero’, ‘Gitano’, ‘Cenicienta’, ‘Ojos Verdes’, ‘Sangre de Albero’, ‘Carmen Carmela’, ‘Sangre de Edipo’ and many more.