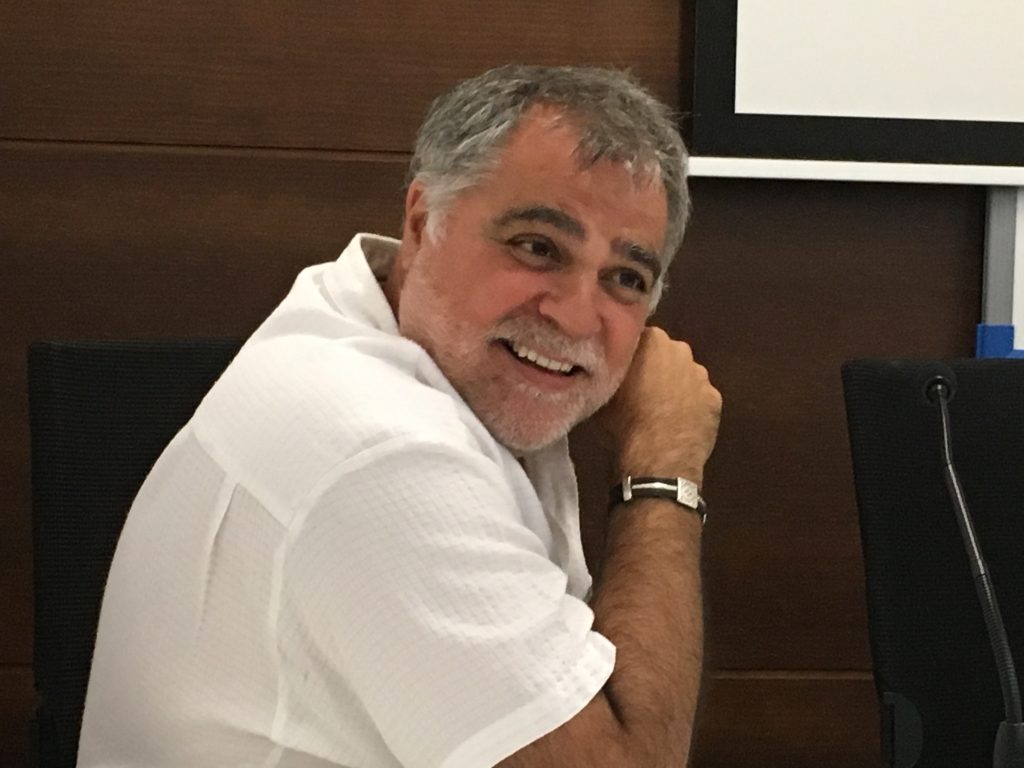 Benito Zambrano visits Cardamomo to enliven his next project inspired by Flamenco.

Born in Nebrija (Seville), Benito Zambrano is one of the most renowned filmmakers in our country.

He has been awarded several times for his detailed and special work of direction and research. With his film „Solas“ he won five Goya awards.

Benito Zambrano has visited Cardamomo Tablao Flamenco to gather information, get to know the artists, the special places and activities of the tablao… And so, be inspired for his new project, with Flamenco Art as its centre.

He granted this complete interview to the Tablao team during an interesting research work.

The Director and Scriptwriter tells us about the origin of Flamenco, as form of art and culture, the role it has in other cultural platforms such as cinema and theatre; as well as the place that flamenco tablaos have nowadays. In addition to giving us his opinion on the Cardamomo Scholarship project, and much more.

Enjoy the transcribed interview, and above all enjoy the video you will find by clicking on „watch video“.

„What I’m doing is like a journey through the universe of flamenco. A kind of immersion with the purpose of extracting ideas for a fiction project. In the future
I would like to do a project, a film, a series… But not a documentary. I know the world of Flamenco as an amateur, I’m from Nebrija, a land of flamencos and gypsies… But it’s not enough. I believe that Flamenco is a very wide, complex, nice, beautiful and emotional universe. So, I needed to understand it a little bit, in detail. To do something serious, true and authentic. Because I love and respect the world of Flamenco, the universe of Flamenco. And I don’t want to fall into clichés and stereotypes. Or do something mediocre that doesn’t have the artistic value that Flamenco has. So, this is somehow the reason for this whole journey“.

„No, for example, far from it, as jazz can have. There are many films about the world of jazz, the world of dance or opera. However, Flamenco is as international as any of these arts. We have basically abandoned it in what wouldbe fictional cinema“.
Is Flamenco more highly appreciated in other countries?
„I used to have an intuition. And now, because I’m talking to the people of Flamenco world. I think so, Flamenco is much more valued and recognised in other countries, unlike here, we’re not doing it here. The people I’ve talked to and asked to about have a mutual opinion. In this country Flamenco is not valued enough, even though it is the most international art in our country. It travels to places where neither our cinema, nor our music, nor our folklore do it.
I’d say some literature. But today Flamenco is the most international art in the world. I think it’s sad, I’ve seen few Spanish public, few international public in almost every place I’ve gone. And I say it sadly, because it would be nice for this recognition, to know it. Things must be seen for recognise them. For people to understand and enjoy. For people to realise that Flamenco is really an art and a wonderful experience, with a very intense emotive charge. The strength of a stage, of the live. And especially in a tablao, where you can see the artist very closely… It’s a shame, isn’t it? That tablaos aren’t full of national audience“.

„Lovely intimate venue with a good view of the stage. Great performers who are clearly passionate and inspiring. Wonderful first experience of flamenco. At just under an hour, it’s a lovely taste of flamenco.“