Born in Cadiz, Macarena Ramírez began to dance at the age of 4 in dance schools in Chiclana, having won awards in several local competitions. When she was 6, she travelled to Jerez to join the dance troupe of Flamenco dancer María del Mar Moreno performing in several shows and at the Andalusian Centre of Flamenco. 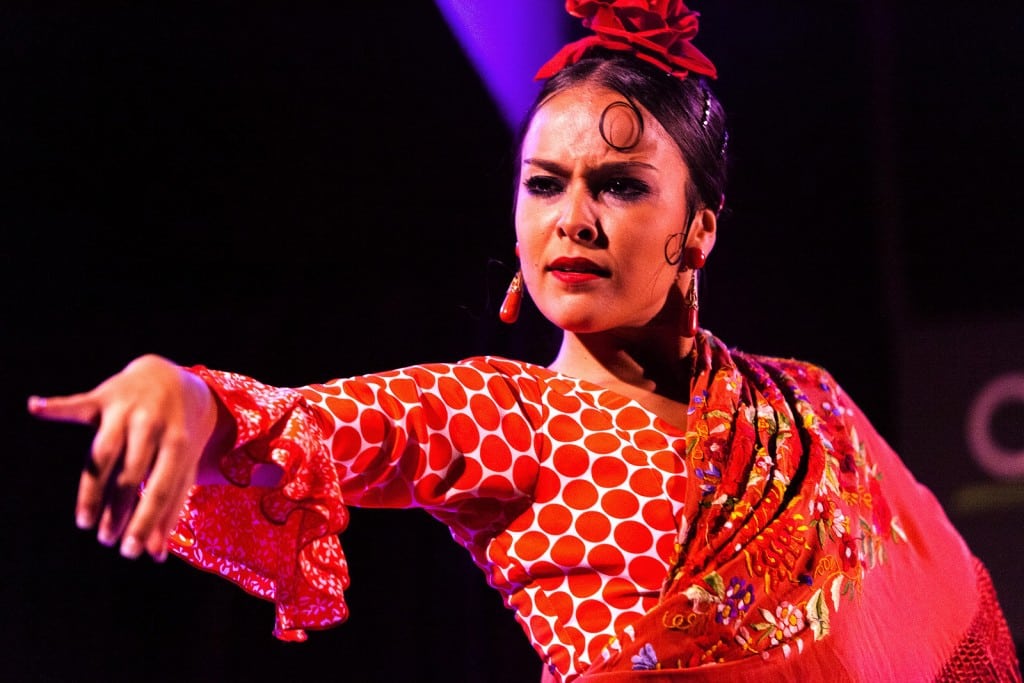 A year later she earned the Best Newcomer in Andalusia award, she won the TV young talent competition Veo Veo and took part in the programme Menuda Noche of Canal Sur Televisión. In 2004 she danced at the Autumn Festival of Jerez accompanied by pianist José Zarzana. A year leter she recorded the album Flamenco en Jerez with the Flamenco Singer José Antonio Zarzuela.

In 2006, at the age of 12, she was selected to play the role of a teenage Lola Flores in the production Lola, la película. That same year she joined the Dance Company of Antonio El Pipa, with which she performed on the stages of important theatres in Costa Rica, Los Angeles, Ukraine, France, Portugal, Mexico… Her performance at the Festivals of Jerez, of La Unión and the Biennale of Seville were renowned, as were her performance as a solo artist in the show Puertas Adentro of Antonio El Pipa and in the Festival de la Parpuja, sharing the stage with José Mercé and Capullo de Jerez. In 2011 she played a role in the film of Caroline Chormienne, Vert, je t’aime vert, along with the dancer Cristina Hoyos; she won the competition of Jóvenes Flamencos de Desencaja (Cadiz), as well as the second prize in the final of Andalusia. She was lead dancer in the Festival de Jerez in the performance Danzacalí of Antonio El Pipa and premiered her own show De niña a mujer in the Teatro Moderno of Chiclana de la Frontera, subsequently joining the company of Sara Baras performing in the work La Pepa. In 2012 she was invited to the Biennale of Seville with show Flamenco que viene; and was nominated for Best Newcomer in the Festival of Jerez for her solo performance in the show Viva Jerez, directed by Javier La Torre. The following year she presented her show Recuerdos in the Festival of Jerez with which she toured Germany, Netherlands, Prague and France. She has been taught by great maestros such as Rubén Olmo, Ana María Bueno, Rocío Coral, Eva la Yerbabuena, Fuensanta La Moneta, Rocío Molina, Fernando Romero, Rafael Campayo, Currillo, Alicia Márquez, Isabel Bayón, Alfonso Losa and Carmen La Talegona. She has worked in the companies of Daniel Doña, Teresa Nieto and Sara Baras; and has shared the stage with great artists such as Mariana Cornejo, Carmen de la Jara, Rancapino, Antonio Reyes, Paloma Fantova, Andrés Peña, Pilar Ogalla and Javier la Torre. Her international fame has reached the stages of Belgium, Netherlands, Germany, Mexico, Switzerland, France and Prague, where she has danced with her own dance company and taught master classes. She currently combines her performances in the dance company of María Pagés with her own solo performances.